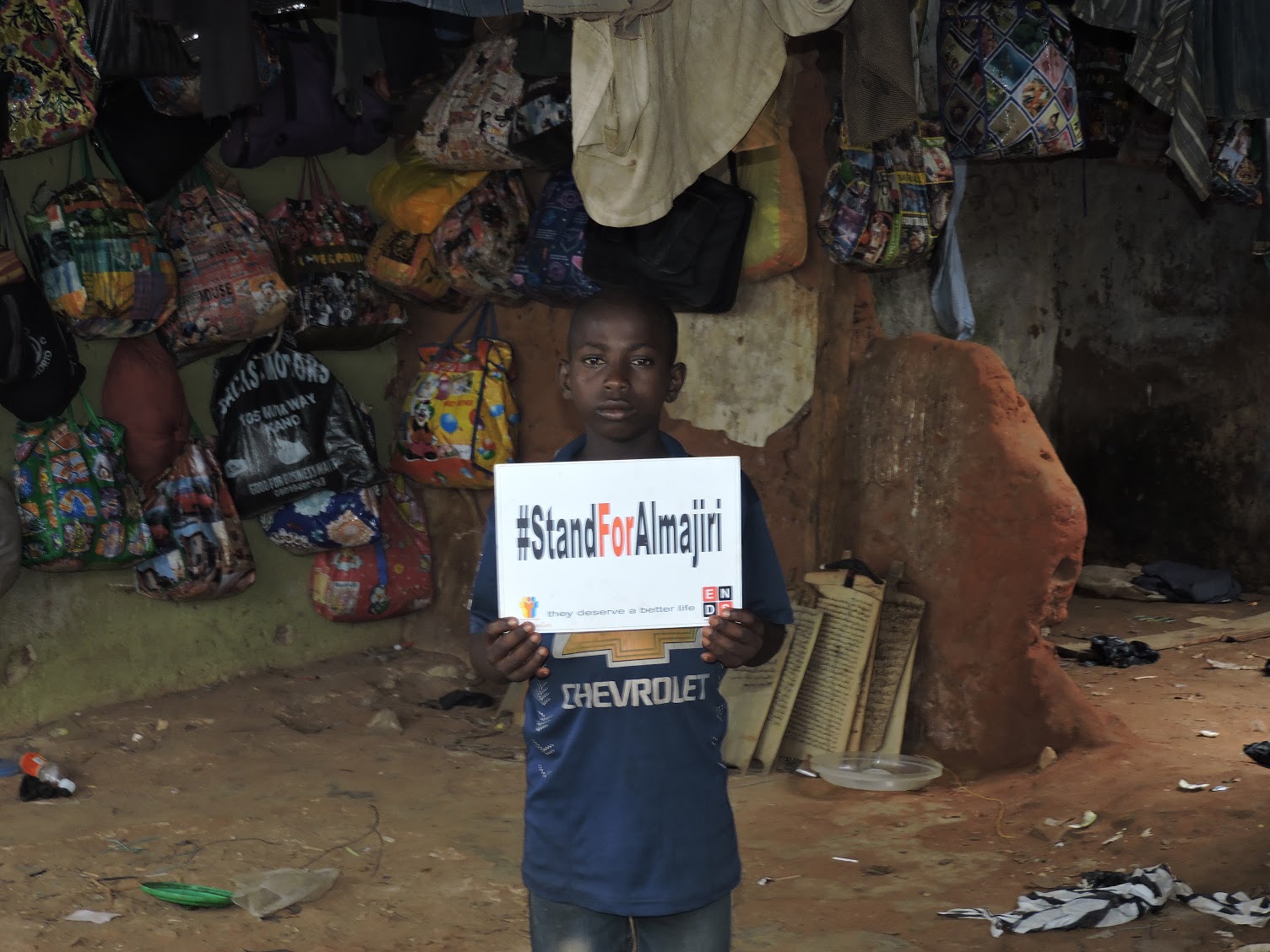 The state of the Almajiri integrated model Schools built during the tenure of former President Goodluck Jonathan has deteriorated, Daily Trust investigations have revealed.

The schools were built in order to tackle the high rate of illiteracy rate in the northern region.

The aim is to build an integrated model schools in a bid to modernize almajiri education system in the north.

where he registered 25 pupils in the new model boarding school, equipped with modern facilities.

It was the first of 400 such schools to be built in the northern states for which the government had planned to spend about N15 billion.

However, five years after, our findings reveal that some of the schools have been converted to conventional schools while others are replete with decaying facilities.

Our correspondent who visited the school in Damba saw dozens of schoolgirls in uniform taking lessons but neither the school officials nor students agreed to speak.

“When we came on board we took over the Almajiri schools and converted them into conventional schools and even when we did that we encapsulated the objectives for which the schools were established because nothing has been done outside the original plans,” he said.

He said they took the decision because the structures put in place were rotting away and deteriorating, and could not be allowed to waste.

Asked about the fate of the teeming Almajiris in the state, the commissioner responded: “Why are you taking us back? Who is Almajiri if I may ask? I think Almajiri means student. Let me tell you in our educational system we have curriculum designed to take care of Almajiri at basic education level.

“In our state we have integrated Almajiri school system, our curriculum is reflecting that. It was a decision we had to take to meet the objectives of establishing those places and we are still giving them education at basic level.”

An official at the state Universal Basic Education Board who craved for anonymity said Amajiri schools in the state were not put to use since they were built adding that he could not tell why. “I have learnt recently that the structures were taken over by the state government and converted into conventional schools for boys and girls,” he said.

The first Tsangaya School commissioned five years ago in Sokoto state by the former President Goodluck Ebele Jonathan are not put to proper use as seven of the ten classes in the school are unoccupied.

When contacted the Principal of the school, Malam Hussaini declined comment on the condition of the school, saying they were barred from talking to the media without a written permission from the Sokoto State Universal Basic Education Board.

Students of other schools revealed to our reporter that they had not been undertaking vocational courses despite having a well-equipped vocational centre in the school.

“They teach us English, mathematics, computer studies, Quranic lessons among others but we are not given vocational courses,” two of the students told Daily Trust.

The school had 260 pupils in 2015, mostly from Sokoto and the neighboring states of Kebbi and Zamfara.

But during our last visit only few students were sighted around the school.

The Secretary of SUBEB, Faruk Shehu could not be reached for comment at the time of filing this report.

Almajiri schools in Kaduna are characterized by lack of facilities just as bed bugs have taken over majority of the schools in the state. The operators of these schools have also decried neglect by the present administration; saying they got better attention under the former President Goodluck Jonathan’s administration.

Our reporter who visited three of the schools at Kawo and Ungwar Rimi observed that all the schools experience shortage of teachers and classrooms and also lack facilities such as laboratory, clinic, dining hall, dormitory, and writing materials. The schools are also lagging behind as far as hygiene and sanitation is concerned.

Buzaye Tsangaya School is located about 15 kilometres outside Bauchi town along Jos-Bauchi highway at a village called Buzaye. It is situated about 400 metres from the highway.

The school which presently accommodates 400 students brought from different parts of the state is fenced and its frontage attracts instant attention.

The school has three dormitories, three blocks of four classes and another three blocks of two classes, a language laboratory, Mosque, and a non-equipped, non-functional clinic. It also has two recitation halls which are being used by the students.

One of the dormitories was partially burnt in a fire incident on 25th October, 2015 and was not repaired since then despite letters and reminders sent to the Local Education Authority (LEA) and the State Universal Basic Education (SUBEB), a source in the school confirmed.

“The incident compounded the problem we are facing in the school. We also don’t have enough beds, mattresses and beddings because they have not been added to the ones supplied since the establishment of the school, “the source added.

Also, the Language Laboratory is not functional because the equipment needed have not been supplied and installed likewise the Vocational Centre that is supposed to provide skills for the pupils.

The Clinic is also not  equipped, not even and was turned into a toilet by the students who defecate on the floors because of its proximity to the dormitories.

Some of the schools have broken ceilings, partially blown up roofs, broken doors and windows, lack of seats for students and other challenges.

Many pupils in the Almajiri schools in Kebbi State roam the streets to seek for alms and food as a means of survival.

Most of them are from villages in Kebbi while others are from the neighbouring countries of Niger and Benin Republics. However, because of the poor state of the schools rather than attending their classes the children are sometimes seen engaging in casual labour such as helping bricklayers or working in the farms for their survival.

When our Correspondent visited one of the special schools for the Almajiri in Tudun Wada area of Birnin Kebbi, many of the pupils were said to have gone out to beg for alms and their breakfast. Only 9 out of the 104 pupils in the school were in their hostels and within the premises. The few that were available were looking tattered for lack of care. There were others waiting for alms by the school gates.

One of the pupils told our correspondent that he came from a village in Jega area of the state to study at the school adding  that he and his peers go with bows seeking for food and alms because they are responsible for their feeding and upkeep even as pupils of the school.

An Islamic scholar, Malam Saliu Magaji told our correspondent that though Islam spread to other parts of the country through the northern region, the old practice of sending the male children to Arabic schools without adequately catering for their needs had been a serious issue but has nothing to do with Islam. “We have Arabic schools and institutions in other parts of Nigeria yet they didn’t turn their male pupils to beggars,” he said.

At Tudun Wada area of Birnin Kebbi, the principal of the school, Malam Aliyu Abubakar said: “I was posted here two months ago. I will tell you that the situation of things is bad here. Even though the school was established by the federal government to address the education of the almajiri we have series of problems here. We have only four teachers attending to 104 pupils in the school, we have two classrooms but only one is functional and the 104 pupils are being taught in one classroom. We cannot afford feeding the pupils, they feed themselves.”

The Secretary to the State government, Alhaji Babale Umar Yauri during a press briefing said the state government had partnered with UNICEF to collate number of these almajiri and ensure that they were enrolled in schools.

The Warawa Tsangaya model primary school in Kano is different. If not for the fact that the signboard at the entrance indicated that it is an Islamic school one would have thought that it is the same private conventional primary school.

Investigations revealed that though no school fees is being charged; pupils in the school sleep on mattresses and mats bought by their parents.

Even though there is dispensary to take care of ailing pupils, the school maintained a first aid facility through resources from the PTA fund. The school is not connected to power supply. Though there are staff quarters, only the headmaster and some few staff stay in them. It was also revealed that the library, computer laboratory and skill training workshop were all locked up due to unavailability of working materials to support the operations. It was also gathered that the same situation is obtainable in Kibiya and Tsakuwa Islamiyyamodel primary schools in the state.