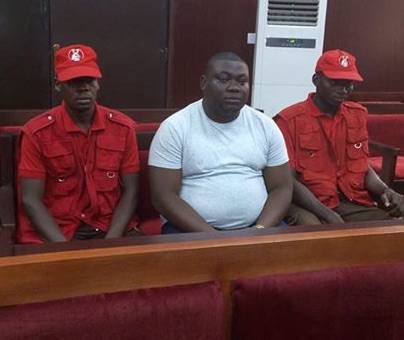 The Federal High Court, sitting in Port Harcourt, on Wednesday, ordered that Mr. George Turnah, a godson to former President Goodluck Jonathan, be remanded in prison custody, following a dismissal of an oral bail application made by his lawyer.

Mr. Turnah, a Special Adviser to Mr. Dan Abia, former Managing Director of the Niger Delta Development Commission (NDDC), was arraigned along with seven companies on a 12-count charge of money laundering, abuse of office and obtaining by false pretense culminating in a scam of N3. 09 billion.

At the resumed hearing of the case on Wednesday, Mr. Turnah’s lawyer, Professor Amuda Kanika (SAN), made an oral bail application for Turnah, telling the court that bail could be argued orally because his client holds the national honour of Member of the Order of Niger (MON) and will not jump bail.

Justice Watilat adjourned the matter to 30 June for hearing of bail the application.