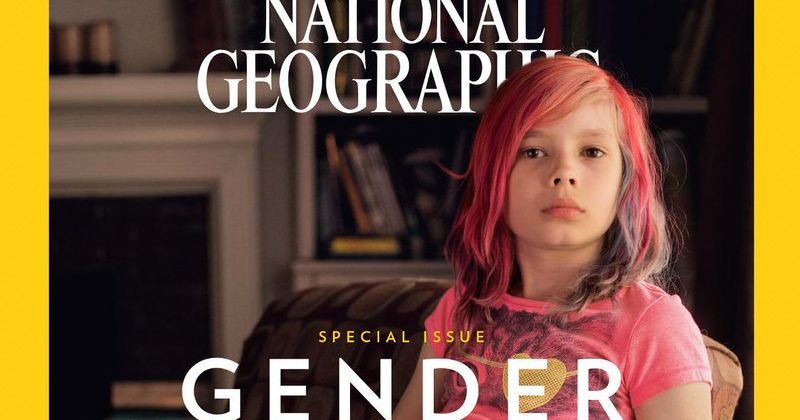 The cover of National Geographic’s upcoming January issue has sparked outrage online for featuring children questioning their genders and spotlighting what they call a “gender revolution.”

With articles titled, “Making a man,” “Dangerous Lives of Girls,” and “Rethinking Gender,” the publication is dedicating their entire first issue of 2017 to the single topic of the “shifting landscape of gender,” according to a press release.

“To a degree unimaginable a decade ago, the intensely personal subject of gender identity has entered the public square,” the press release states, adding that the issue will hit print newsstands on December 27.

One of the issue’s two front covers features a boy dressed up in girl’s clothing, with a quote from him stating, “The best thing about being a girl is, now I don’t have to pretend to be a boy.”

Internet users were quick to share their disappointment over the magazine’s editorial decision.

@JenWey @NatGeo Telling children they’re a different gender is abuse. Once you’re an adult you can claim whatever gender you want.

@NatGeo Canceling my subscription. Sorry to see your once fine periodical in such decline.

@NatGeo I remember when you used to be worthwhile. Truly.