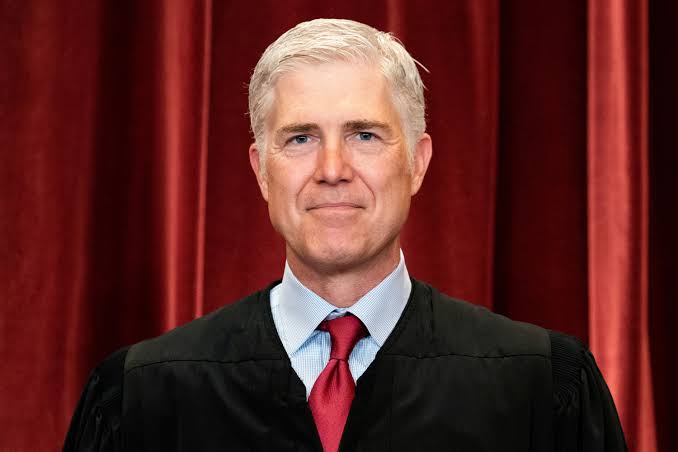 What exactly did Gorsuch do?
The Supreme Court granted a stay against a lower court decision ordering that Title 42 be overturned in a 5-4 decision. However, the court declined to rule on the merits of the case, Arizona v. Mayorkas. In February, the court will hear oral arguments.

To many people’s surprise, Gorsuch supported his liberal colleagues and explained why he would not have granted the stay.

Gorsuch wrote in his dissent, which Justice Ketanji Brown Jackson joined, that the court should not intervene in what is otherwise a matter for policymakers, namely Congress.

The states argue that they are facing an immigration crisis at the border and that policymakers have failed to agree on adequate solutions. According to the States, the only way to alleviate the crisis is for this Court to issue an order directing the federal government to continue its COVID-era Title 42 policies for as long as possible—at the very least during the pendency of our review. Today, the Court provides exactly such an order. I, for one, do not dismiss the concerns of the United States. Even the federal government admits that “the termination of the Title 42 orders will almost certainly have disruptive consequences.”

The current border crisis, however, is not a COVID crisis. Furthermore, courts should not be in the business of perpetuating administrative edicts designed for one emergency solely because elected officials failed to address another. We are a court of law, not last-resort policymakers.
What did Turley have to say?
The importance of Gorsuch’s appointment cannot be overstated.

Whereas it was assumed that Gorsuch would join his conservative colleagues, Turley explained that Gorsuch demonstrated his “independence” from ideological tribalism and his commitment “to principle over convenience or compromise.”

“Gorsuch recognizes that the Biden Administration’s opposition to Title 42 may exacerbate the flood of illegal immigration across the southern border,” Turley said on his website.

“However, he is sworn to apply the law, not tailor it to fit political or policy demands,” he added.

Turley, on the other hand, explained that the court’s decision on Tuesday exposed Chief Justice John Roberts as a “institutionalist.”

“The two positions taken by Roberts and Gorsuch reflect a more fundamental difference than any disagreement over Title 42,” Turley said. “Roberts is the epitome of an incrementalist and an institutionalist. He has a tendency to oppose the Court ordering radical changes, as evidenced by his sole concurrence in Dobbs, where he wanted to preserve Roe but uphold Mississippi law.”