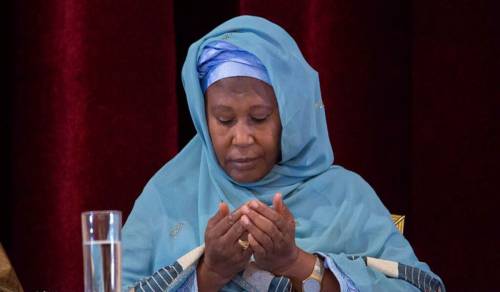 The new Gambian government of President Adama Barrow has been hit by its first major scandal with the age controversy swirling around Mrs. Fatoumata Tambajang, was named the country’s Vice President on 24 January. She is waiting to be sworn in.

Mrs. Tambajang, who claims to be 64, is affectionately called “Mother of the Gambian struggle”. She was a former minister under the deposed dictator, Mr. Yahaya Jammeh and had previously worked as an international civil servant. Her appointment is currently being viewed as illegal because of reports suggesting that she reviewed her age downwards.

One report puts Mrs. Tambajang’s date of birth as

October 22, 1949, which makes her three years older than 65, the limit allowed by the country’s constitution.

Freedomnewspaper.com, an influential online publication in the country, recently published an official evidence from the Gambian Tax office showing the Vice President’s date of birth as October 22 , 1949. The evidence published by the paper was sourced from Mrs. Tambajang’s Tax Identification Number Card.

The same paper also reported that the Vice President has a 50-year old son, which suggests she had a child at 14. The Wikipedia entry for the Gambian Vice President also gives her date of birth as 22 of October, 1949.

Despite the discrepancy, President Barrow appears determined to confirm her appointment. At his last press conference, President Barrow insisted that Mrs. Tambajang’s appointment is constitutional and challenged the public to provide proof that she is above the age of 65. The President was relying on the report of a review team he hastily constituted after doubts were raised about the appointment.

Many Gambians consider the report as an attempt at a cover-up. There is a widespread belief that she altered her documents at some point to achieve a downward review of her age.

The belief has engendered a climate of distrust for President Barrow, who is been viewed elevating partisan interest above the country’s constitution.

Many Gambians are calling on President Barrow not to swear in Mrs. Tambajang.