Confirmed reports of another loud explosion, possibly bomb blast near Nyanya, the location of an earlier bomb blast over two weeks ago, 7.00 a.m on the 14th, April 2014 that left 72 Nigerians dead and hundreds injured.

We have received information from residents in Abuja who reported hearing this blast at around 8-9pm local time. Twitter is also buzzing with feeds of this.

A loud explosion heard around Mopol Junction Bus Stop, Nyanya, Abuja. Could it be another bomb blast?

This will be a tragedy. NEMA has confirmed many victims in the May 1st explosion.

This bomb blast is coming six days to the World Economic Forum planned for the city center. The government is expected to re-assure participants of their safety in the coming hours. -PT

More updates as we get them… 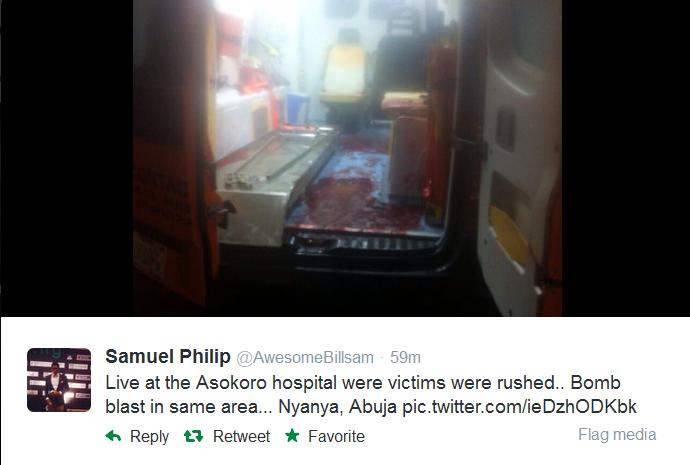