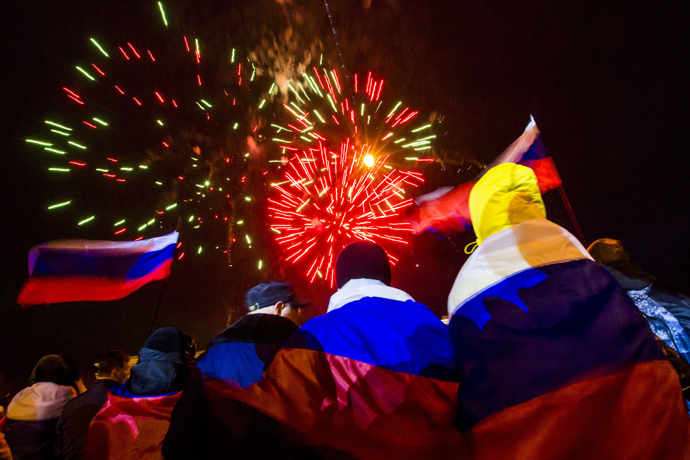 Numerous papers in the alternative, dissident public sphere have recently discussed the plight of Ukraine.

I will address one after the other all the answers: some to questions never asked, some to complement what others – typically the propaganda machine – have left out, consciously or not, while airing just the preferred part of the truth.

However, before anything else we must clarify a key definition that has been (i) a source of confusion even in civilized discussions between well-mannered people, and (ii) convenient tool for the brainwashing products manufacturers. If I fail to convince you in my point you will be unable to see how the difference in terminology has become a tiny but powerful part of the problem, at least as far as the war of words, and why this is the darling of the propaganda-war designers.

In the US Philosophy “nation” (nationhood) is synonymous with “statehood;” “nationality” has the meaning of “citizenship.” In the Old world, and certainly in Europe, “nation” derives from the root in Latin for “being born” and thereby implies the bond by birth from the same ancestors, of a large and homogeneous group of people living on the same territory for a long period of time – typically millennia – and speaking the same language, sharing the same moral values, history, traditions and culture; some would add here religion although we believe this is contentious, being relatively recent and often just pragmatically useful an argument. Certainly the unbiased members of the oldest nations’ intellectual communities  would agree religion is – and should be – no consideration, i.e. adding it as a consideration is a politically motivated move by the architects of the modern ethnic divisions (and has thus become a part of the control tool-set).

Hence when speaking about “nation” the US political class does not mean the nation as such but rather a state that may or may not be the formation administrating a given ethnos. No wonder, then, that the American leaders still can not comprehend that they – or any other occupying force, for that matter – have no chance to win a long-drawn war against a nation that is determined to reject submission to the invaders’ will. USA lost miserably against the Vietnamese people (as did the French before), in Iraq, in Afghanistan (as did the Soviets before), and probably have learned that lesson so that of late its Administration resorts to proxy warfare.

Still, the rhetoric – and all the propaganda pitches – indicate that their thinking has not changed, i.e. that they haven’t realized yet that the nation-state is the most resilient and the only vigorous socio-political formation and that it is bound to outlive any artificial supranational creature; and also, that nationalism does NOT always deserve a negative connotation: over here, when stripped of xenophobic, racist and/or chauvinistic tendencies we call it simply patriotism. Typically, in their current mind-frame the US leaders proclaim themselves patriots while everyone who fights them are nationalists (i.e. “bloody bad guys”): as this typically happens on the soil of the “bloody bad guys” it is hilarious to see the reports coming out. Nonetheless, the results have been consistently the same: mistrust of the mainstream media (MSM) and universally growing unpopularity of American leadership.