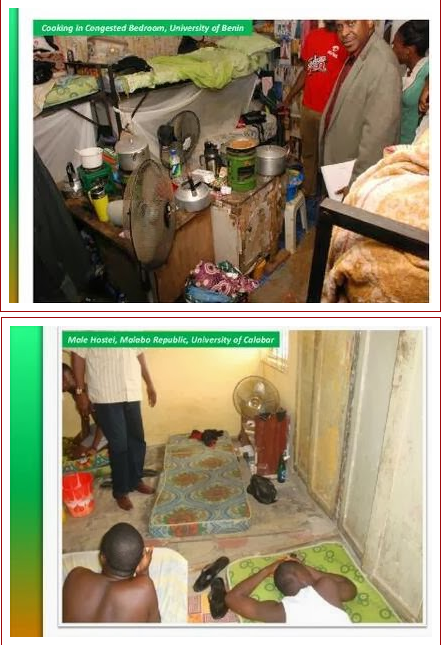 With no Apology. I know some people may definitely want to ask me about why i am crying for my school, but to a logical minded person, just simply read the narration to the end, I believe you will certainly satisfied with my reasons that lead me to shed a ‘Tears’ for my school.

Let me use this platform to express my anger against the “Business Of Brown Envelope” that became a “Doddle”, in one of the famous and prestigious Federal Polytechnic we have in Nigeria, which is located in the city of Kaduna i.e Kaduna Polytechnic.

Before I got admission into the Polytechnic in 2007, someone told me that “Bribery and Corruption” became so Obvious in that Polytechnic, and i was bit of a sceptic. But after i was admitted into the Polytechnic to start undergoing my National Diploma programme (ND) at College of Business and Management Studies (CBMS), I was amazed with the mediocrity of some lecturers, that heavenly
engaged themselves into corruption openly without afraid of the school authority, because the school Management are negligent towards making any effort in tackling the corruption menace in the school, and that is why it becomes so “Rampant”.

Corruption/Bribery is the order of the day, especially in one of the Polytechnic Campus located at Unguwan Rimi (CBMS), were a lecturer in the class will not hesitate to publicly tell the students that he is a “Free Man”, and anybody who wish to bribe him he/she is welcome.

Immediately after the completion of examinations, you will see hundreds of students going round the College looking for the corrupt lecturers to bribe them, because nowadays in the College there are some wicked lecturers that might fail you, no matter how your academic effort, and you have no option to pass their course or have a good grade unless if you will bribe them.

It is common knowledge that (CBMS) is not salubrious now, for the student who are willing to pursue their academic activities without engaging in any sort of bribery/corruption.

It is common knowledge that CBMS has now turned to a College where every student can obtain a “Distinction or Upper Credit” if you will comply with the corrupt pattern of some unpatriotic lecturers.

I remember sometimes in 2010 when I was written my (ND) project, my supervisor directly told me to give him some amount of money for my project, so that he will approved and do everything for me, he also told me that I am wasting my time, I should just settle him with brown envelope, imaging? It is in CBMS a lecturer will openly asked a student to use his/her own money and buy a recharge card for him.

Another folk-memory in the school is: there are some students who are not even attending classes for a whole semester, but when the exams result is placed they are one of the students with a very good grade. It is also in CBMS some lecturers use to have agents among the students, that facilitate a way for the corrupt lecturers in other to mobilize idle students to give brown envelope so that they will be rewarded with higher grade. Therefore, as a matter of urgency, the Anti-Corruption Crusader our great President PMB should heavenly intervene and extend his Anti-Corruption War in our tertiary institutions, in other to tackle the upsurge of Bribery/Corruption in our institution. Because from all indication, Nigerian tertiary institutions seems to be the avenue where young Nigerian’s learn how to participate in bribery/corruption activities.