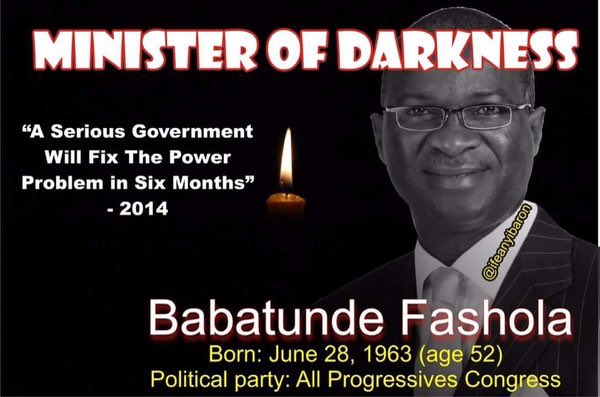 Regrettably, after a sustained period of increasing production and distribution of power since September 2017 to date, the Nigerian Gas Processing and Transportation Company Ltd (NGPTC) has reported a fire incident on its Escravos Lagos Pipeline System near Okada, Edo State on Tuesday, 2nd January, 2018.

Most of Nigeria’s power generation is from thermal power stations that require gas for fuel. The gas is produced by oil and gas companies overseen by the Ministry of Petroleum Resources. The gas is delivered to the power stations through pipelines owned and operated by Nigerian Gas Processing and Transportation Company Ltd (NGPTC), a subsidiary of Nigerian National Petroleum Company (NNPC).

We urge members of the public to bear with us as we work to overcome this set back which should be temporary.

MINISTRY OF POWER, WORKS AND HOUSING