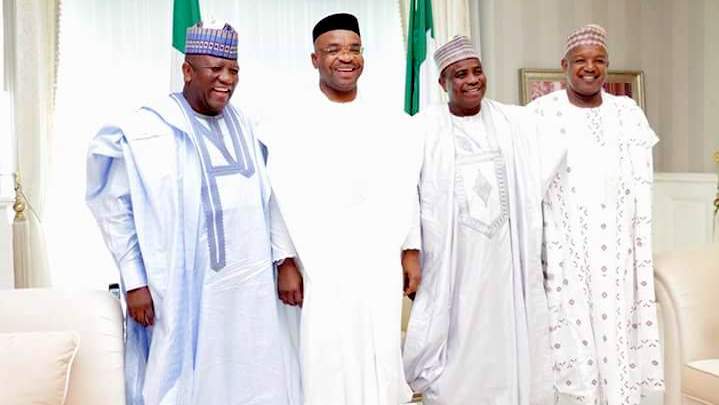 The Sokoto State Governor, Aminu Tambuwal, has urged Nigerians to double efforts at bridging gaps in the country, saying what unites the people is more important than things that divide them.

Speaking in Uyo, Akwa Ibom State, when he joined two other Muslim northern governors to take part in festivities to commemorate this year’s Christmas, Mr. Tambuwal said Nigeria’s diversity is a source of strength which should be cherished and nurtured for the benefit of the people.

The other governors in the entourage were Abdulaziz Yari of Zamfara and Abubakar Bagudu of Kebbi.

Speaking when he met with Mr. Emmanuel, Mr. Yari, who is also the chairman of the Nigeria Governors Forum, NGF, described the tragedy as unfortunate.

He said the decision to set up an investigative panel to unravel the causes of the collapse is a right move in the right direction.

“Your Excellency’s miraculous escape from death in the sad incident is surely one of God’s wonders.

“We at the Governors Forum received with shock, the sad news of the church’s collapse and we want to send message of solidarity to the people and government of Akwa Ibom over this unfortunate incident. Our prayers are with those who lost loved ones, and those who sustained injuries,” Mr. Yari added.

He described Nigerian Governors as a big and important family, saying the unity exhibited by the visit will further cement the cordial relationship between the peoples of Nigeria.