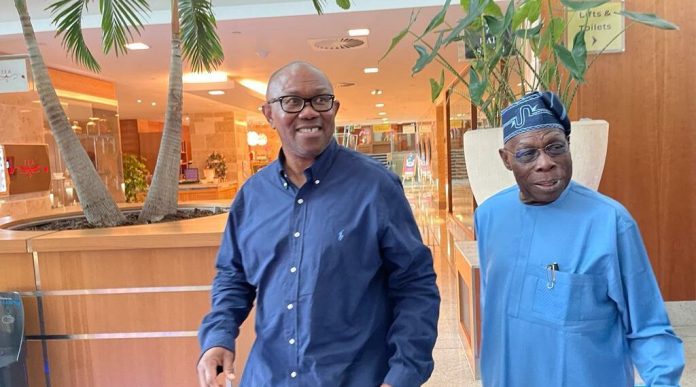 On Sunday, Mr. Obasanjo expressed his support in an open letter to young Nigerians.

“None of the contestants is a saint but when one compares their character, antecedent, their understanding, knowledge, discipline and vitality that they can bring to bear and the great efforts required to stay focused on the job particularly looking at where the country is today and with the experience on the job that I personally had, Peter Obi as a mentee has an edge. Others, like all of us, have something to offer the new dispensation in terms of collective liberation, restoration, and salvaging of Nigeria.

“Another important point to note about Peter is that he is a needle with thread attached from North and South, and he may not get lost,” he wrote.

Mr Obi is one of the presidential candidates who has sought the former president’s endorsement.

Is Obasanjo’s support important?
Mr Obasanjo’s endorsement does not guarantee any candidate victory in a presidential election, but he is widely regarded as one of Nigeria’s most powerful figures.

In 2019, he backed his former deputy, PDP presidential candidate Atiku Abubakar, against incumbent President Muhammadu Buhari. That election was won by Mr Buhari.