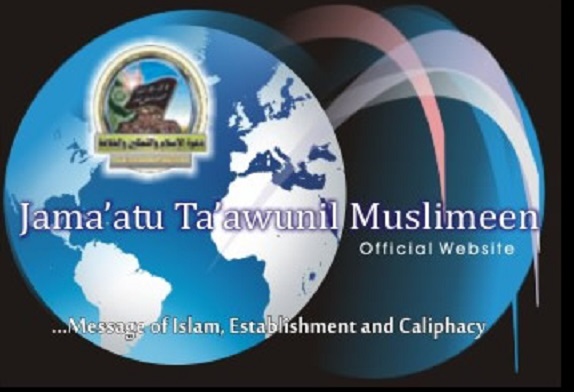 INTRODUCTION
The fact that the Federal Republic of Nigeria is a giant of Africa is indisputable (various contributions of Nigerian government and Army to the successes of ECOMOG are living testimonies), but the fact that it will remain as same is highly disputable (except all hands are up to salvage it), and according to the wise men of Yoruba land “Ati okere ni oloju-jinjin tii mu ekun sun- which technically translates as- he who sees for others must see afar for himself”.

Or how do we describe the menace of Boko Haram, Niger Delta Militancy, Political Thuggery, MASSOB (Movement for the Actualisation of Sovereign State of Biafra) Militancy and a host of other life-threatening viruses on the country? Each virus tends to tear the country apart on its own (not to talk of their combined strength to strangle life out of the country- even while in pieces), and everybody seems to be lost to political partisanship, power pursuit, religious bigotry, tribalism and nepotism (that 2015 now becomes threat to any critical observer of events to the extent that one may pray it does not approach ever).

As if the arbitrary, unlawful and silent assassination of Chief Bola Ige (the then Attorney General of the Federation) is not enough, the agent of intimidation added salt to the sore, as witnessed in Ekiti State recently (where and when private citizens, leaders of community, elite in the elite society and political stalwarts were unlawfully arrested and detained, and nothing was done to fish-out and punish the perpetrators). And this makes average Nigerian citizens ask: “who is now safe in Nigeria?”

It is our observation that though the demographic statistics of Syria is just 23-30 million, the effect of Syrian war on Turkey cannot be overlooked, the population of Libya is less than 7 million, the effect of Libyan war on the neighbouring countries and International market is over-size, and the greatness of Egypt in Africa does not surpass the Nigerian, (yet) the effect of Egypt crisis on the Arab world is a history to be told and re-told in the future.

If Nigeria, with her over 170 million population, should burst (Allah forbid!), the effect it will have on the neighbouring countries, International market and economy, International community and the global stability will be too disastrous for all.
In the light of the foregoing

i. Boko Haram: Boko Haram, as we rightly submitted in our last letter to the Honourable President of this great Nation, is a thorn in the flesh of this country, and capable of pitching Christians against the Muslims, South against the North and Nigerians against Nigerians. It is totally condemned by us and all well-meaning Nigerians. It is our submission that it is un-Islamic and totally irreligious.

We commend, to your Honourable Sir, the provisions of the Qur’an vide Chapter 16 Verses 125-128 (Call onto the way of your LORD with wisdom and goodly exhortation, your LORD is well acquainted about those who are strayed from the path and those who are on the right path. So, if the idol worshippers inflict injury on you, inflict only the like of the injury on them, but if you are patient, it is better for the patient. And be patient …), Chapter 6 Verse 108 (Do not abuse those who the non-Muslims call on beside Allah, else they too abuse Allah ignorantly. Verily, all nations find appealing whatever they do …), Chapter 2 Verse 256 (There is no compulsion in Religion …).

Thus, we call on the above mentioned authorities to assist our country in eliminating the Boko Haram problem and perpetrators through either sincere dialogue/negotiation or sincere, decisive and quick military operation. It is unfathomable that a great country that settles disputes, lays wars to rest and extinguishes fire in African countries cannot tackle Boko Haram.
We also implore your Excellency/Honourable Sir, to revisit our last letter (herewith attached) and sincerely add that the MEND and MASSOB problems should not be given the opportunity of raising their ugly heads again.

ii. Political Thuggery: It is our belief that Boko Haram has the strength it has because some powers (local or foreign, private or institutionalised) are giving them support, and that in the same vein, if political thuggery goes on un-checked, it shall grow wing to the extent that if Boko Haram dies, it (political thuggery) shall succeed it.
Thus, we call on the above mentioned authorities to assist our country in eliminating the Political Thuggery problem through political orientation, political activism, legal/legislative mechanism and sincere and people-oriented empowerment programmes.

iii. Political (and unlawful) Arrest/Assassination: We heard rumours that some selected personalities, especially, Sheikh Daood Imran Molasan, The National President of Jama’at Ta’awunil Muslimeen are to be arrested/assassinated on or before the Gubernatorial Election in State of Osun come August 9 2014. It is our belief that unlawful arrest or political assassination is not only un-constitutional but also un-democratic, not only in Nigeria, but also in all the civilised societies. It is also our belief that same pushes people to the wall and forces them to react violently (and the cases of Tunis, Egypt, Syria and Libya as well as the United States of America as a colony under the United Kingdom are living witnesses).
We, as citizens of the Federal Republic of Nigeria who believe in its UNITY AND PROGRESS, call on the above mentioned authorities to assist our country in eliminating the traces or and elements of unlawful political arrest or assassination.

PRAYERS
We hereby pray as follows:
a. The Federal Government of the Federal Republic of Nigeria should believe strongly that ALLAH (Ta’ala) is the Bestower of Kingdom and Authority, and whoever HE bestows same upon; nobody can take it away from him. So, if ALLAH (Ta’ala) programmes to return Jonathan (as He returned Obasanjo from Prison to Presidency, and Presidency to Presidency), nobody can rob him of that. Thus, the clamour of some self-acclaimed Niger Delta Militants that “Nigeria will split come 2015 if Jonathan is not returned” should be condemned.
b. The International Community should rally round and support Nigeria because of (i) its political, strategic and demographic status in Africa, (ii) its strategic status in the world, (iii) their investment and political interest in Nigeria and neighbouring countries and (iv) their proclamation/declaration of support for human rights and good governance in the Third World and the world at large.
c. The Political Stakeholders should believe that as History is told now about Abiola, Abacha, Abraham Lincoln and Adolf Hitler, same will be done about them in the future.
d. The Religious Institutes, Organisations and bodies should know that they all shall die and raised and questioned about their contributions to peace or mayhem of their societies, and ALLAH is not ignorant of what all used to do on the earth surface.
e. The Civil Societies should try to do as Movements of Malcolm X, Thomas Paine and Martin Luther did.
CONCLUSION
It is our belief that the founding fathers of Nigeria fought for the independence not so that their children will be fighting, joined hands to form One Nigeria not to create problems for their children, so, let all support their spirit and SAVE NIGERIA FROM FURTHER BLOOD SHED AND DIS-INTEGRATION (as the title of our first letter to Mr. President, Saudi Embassy and American Embassy goes).