The Federal Government has disclosed that  Muslim Brotherhood, an Islamist group and an affiliate of BokoHaram and Muslim World League, sponsors of Izala/JIBWIS group in Nigeria, is planning to attack banks, arms depot and prisons across the country with bombs and high-calibre weapons.

A statement issued in Abuja on Friday quoted the Minister of Information and Culture, Mr. Lai Mohammed, as saying that intelligence monitoring has shown that the  Kogi State-based group is striving to expand its capacity to manufacture Improvised Explosive Devices (IEDs). The statement signed by the Minister’s media aide, Mr. Segun Adeyemi, said the Muslim Brotherhood has been acquiring chemicals like sodium azide, used in producing IED detonators; Potassium Chlorate, a substitute for ammonium nitrate used for producing IEDs; and aluminum powder, a fuel source for amplifying explosions.

”One Usman, an IED apprentice, left the cell some time back to join Islamic State in Libya. The new desire to acquire IED precursor chemicals could suggest that Usman or other persons may have returned from Libya and have acquired IED-making skills intended to increase the activities of the group,” said the Minister.

Mr. Mohammed added that intelligence has also revealed that the group is investing huge efforts in the acquisition of sophisticated arms, including shoulder-fired rocket launchers.

”Further intelligence monitoring has revealed that members of the Muslim Brotherhood are planning to forcefully free their members who are in detention in Kogi, Abuja and Kaduna, including one Bilyaminu,
an IED expert for the group who is now at Kuje prison,” he said.

The Information Minister called on Nigerians to be vigilant and to report any suspicious persons or movements to the security agencies.

Between the 1970s and 1990s, the European activities of the Muslim Brotherhood, the Muslim World League and the World Assembly of Muslim Youth became so intertwined that it was often difficult to tell them apart. Indeed, a number of senior Muslim Brotherhood figures – including Kemal el-Helbawy, the Egyptian-born, London-based founder of the Muslim Association of Britain – have served in leadership positions in the League and the Assembly. – Pew Forum

The group has been called a salafist organization “that embraces a legalist and scripture centered understanding of Islam”.[4] David Commins has described it as the fruit of missionary work by the Saudi Arabian funded and led World Muslim League.[5][6] “Essential texts” for members of the Izala Society are “Muhammad ibn Abd al-Wahhab‘s treatise of God’s unity and commentaries by his grandsons”. Ibn Abd al-Wahhab was the founder of the Wahhabi mission, the official Islamic interpretation of Saudi Arabia. He saw Sufism as rife with idolatry (shirk).[7] The Izala Society has been labeled as infidels by Islamist group Boko Haram, due to their willingness to work with the Nigerian government.[8] 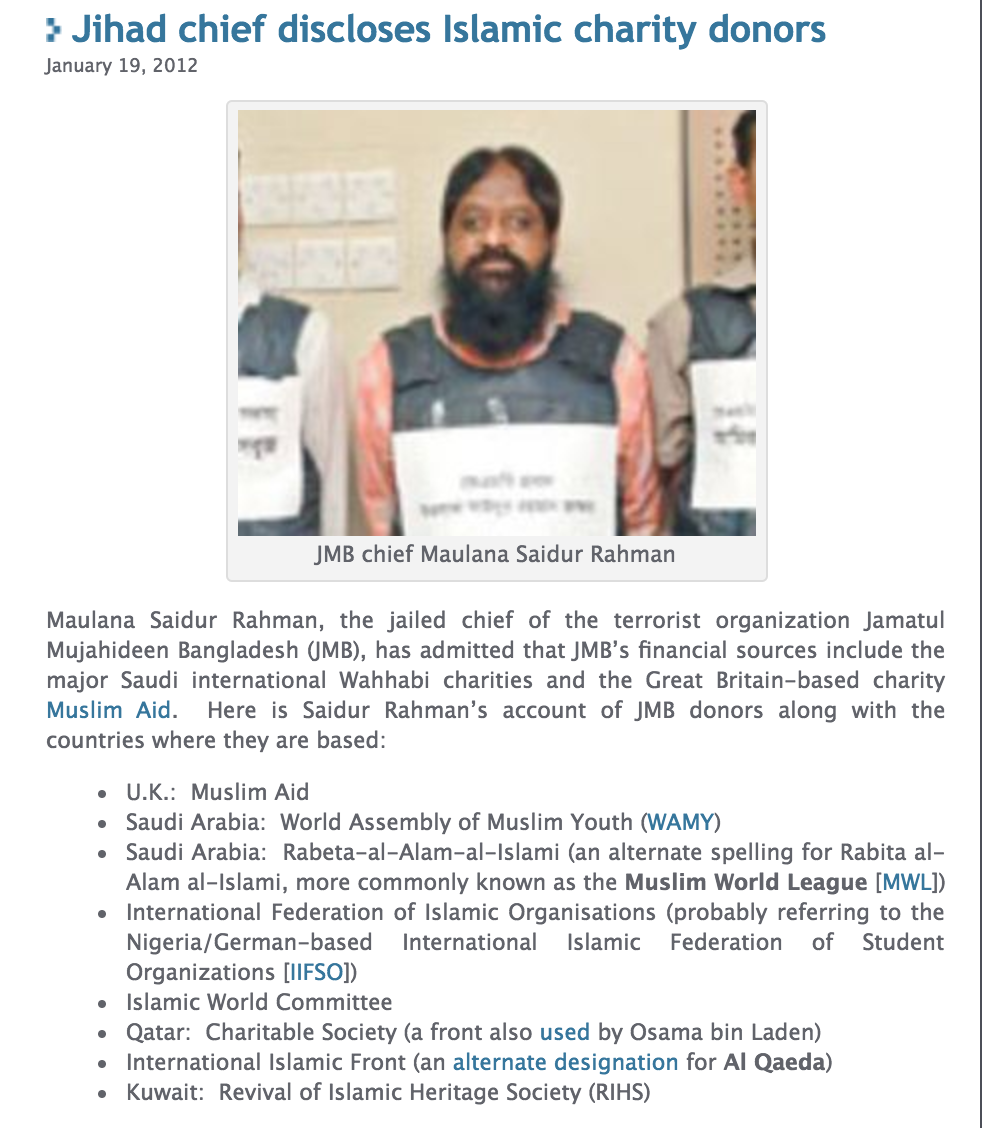