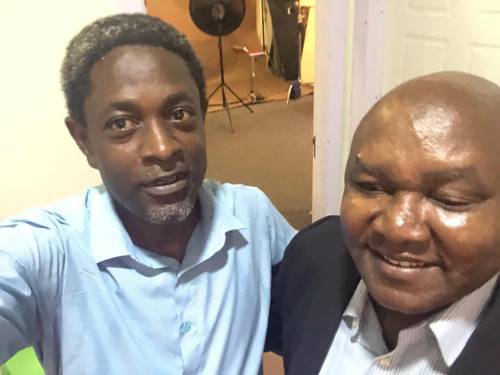 A schoolgirl has been shot by personnel of the Nigerian Police during a protest by members of the Islamic Movement in Nigeria at Wuse Market, Abuja, on Wednesday.

An eyewitness said that the girl was returning from school when the incident occurred.

Armed policemen upon sighting the protesters opened fire at them, leaving many of them injured in the process.

One of the protesters identified the policeman, who shot the girl as Geoffrey A. Rafah from Wuse Division.

Also, two journalists with Reuters – Afolabi Shotunde and his colleague whose name cannot be ascertained at the time of this report – have been arrested by the police and taken to an unknown destination.

It was gathered that the two journalists were at the protest and was covering the event when policemen appeared and took them away.

Shotunde, who revealed his arrest via his Twitter handle, also managed to make a call to a friend to inform him that they were being taken to an unknown destination.

As at time of this report, his mobile phone had been switched off.

Members of the IMN had converged near Wuse Market on Wednesday to call for the release of their leader, Ibraheem El-Zakzaky, who had remained in detention.