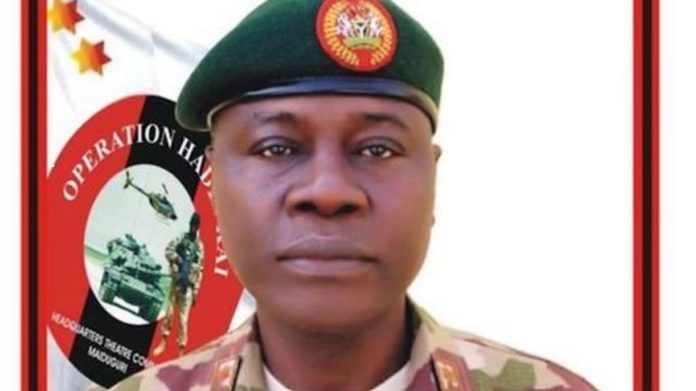 The paramount ruler of Irigwe ethnic nationality in Plateau State, The Bra Ngwe Irigwe, Rt Rev Ronku Aka, has said soldiers watched as his people were killed by suspected herdsmen during a recent invasion of Bassa Local Government Area.

According to the monarch, the soldiers deployed in the area said they could not defend the helpless victims because there was no instruction that they should do so.

Aka stated this when the President of the Para-Mallam Peace Foundation, Rev Gideon Para-Mallam, led other officials of the non-governmental  organisation on a sympathy visit to  his palace in Miango, Sunday Punch reports.

The group had earlier taken relief materials to internally displaced persons on Friday.

The traditional ruler said it was obvious that state governors and local government chairpersons in the country were helpless in curbing insecurity despite being called chief security officers of their respective areas.

Aku said, “I don’t blame the local government chairman in Bassa or the governor of the state over the calamity that has befallen my people.

“At peace meetings, the governor will give order but the security men will go and do a different thing.

“During the recent attacks in my communities, the soldiers and other security operatives were around. As the invaders were carrying out the attacks in Jebu Miango and advancing to other communities we expected them to confront the invaders and stop the destruction going on but that did not happen.

“When I enquired what was happening, some soldiers cried to me that they did not receive the order to repel the attackers on the communities.

“Some of them who expressed frustration over the situation wondered the essence of holding guns which they could not use and left the scene while the attackers continued with their destruction in the communities.

“If the security agents were deployed and allowed to do their job, may be, the attackers would not have succeeded with their evil plans and my people would not be suffering what they are experiencing at the moment.

“But we don’t want more deaths in the communities. I have told my people not to retaliate what was done to them but we need justice going forward.”

Some gunmen last week invaded over 10 communities in the local government area, killing over 40 people and burning over 400 houses.