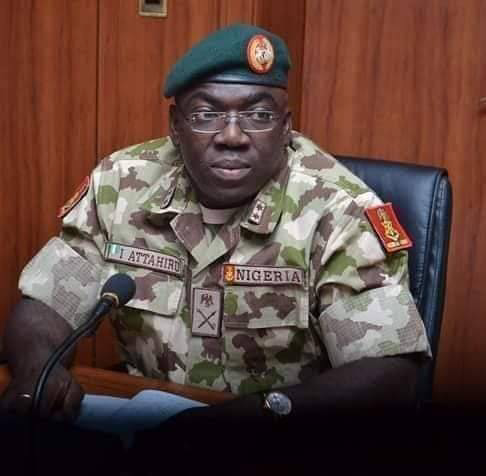 The Nigerian Chief of Army Staff Ibrahim Attahiru has been killed in a plane crash in Kaduna.

The chief of staff and eleven others died in the crash which has not yet been explained.

Attahiru was known not to be a fan of his predecessor, General Tukur Yusuf Buratai, blamed for almost a decade of insecurity, expanding terror and globally condemned over human right abuses and youth massacres.

He commenced cadets training in January 1984 and was commissioned into the rank of Second Lieutenant in December 1986 as an Infantry Officer. He holds a Masters degree in Strategic Management and Policy Studies from the Nigerian Defence Academy. Others include, Masters of Science in Human Resources Management and Development form Salford University in the [[United Kingdom[[ and Graduate Diploma in international Studies from the University of Nairobi, Kenya.

10 Other Soldiers, Crew Members Died In the Incident

My heart is in pain. ????????????
I lost my friend. Flight Lt. AA Olufade
He got hitched months back and often teased me to get out of the bachelorhood. Rest well Freddy. pic.twitter.com/vzfVWk9a5w