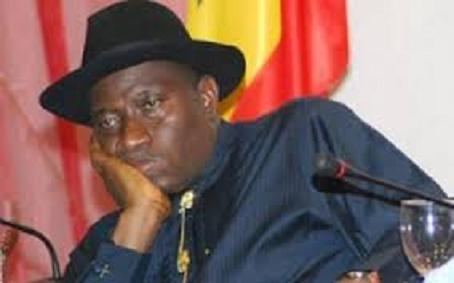 The President of Nigeria is accusing its eastern neighbor, Cameroon of not cooperating with it and allowing cross-border pursuit of Boko Haram terrorists it claims return to Cameroon after attacks in Nigeria.

The Boko Haram insurgency has claimed thousands of lives in Nigeria since the President assumed power over Africa’s most populous nation. The economy of the north has been seriously impacted by the uncontrolled spats of terror and the President has come under increasing pressure to act or resign as his administration loses its remaining credibility within Nigeria and abroad.

This would not however be the first time the President looks for candidates to blame for failures of the administration, both locally and internationally.

It would be recalled that at the beginning of his tenure, with each initial event of Boko Haram terrorism, the President of Nigeria encouraged the blame of ‘northern elements.’ As time progressed, with the amalgamation of several political parties, forming the merger, APC party, the Presidency blamed all matters including the provision of stable power and resolving an intractable ASUU education sector strike on the ‘opposition.’ It can be recalled that during an interview with CNN international anchor, Christian Amanpour, the President claimed Nigerians were celebrating better power and accused Christian Amanpour of being ‘with’ the ‘opposition,’ who denied this ‘better service.’

Blaming others for the problems of the current administration is also not unique to the President. Recently at the Powerlist 2014 programme in London, an intimately close minister, the embattled minister of oil, Diezani Alison-Madukwe accused foreign nations of ‘economic terrorism,’ for being the ones who purchased stolen oil. However in the face of accusations of NNPC theft of up to and over 100 billion dollars, the minister did not claim to be a terrorist as she had labeled such gravid acts of financial sabotage, but submitted that investigations of the illegal looting activities of the national oil corporation must extend to the predecessor regime. On the topic of oil theft, the President of Nigeria also played the same blame card in an interview with CNN’s Amanpour, accusing foreigners who purchased stolen oil.

It is quickly becoming the defining feature of the Jonathan administration to either flat-out deny or find others to accuse of all its challenges and inadequacies. During the recent escalation in Boko Haram terrorism, the Presidents media man, Reno Omokri was found to have even gone as far as preparing press releases under an alias, Wendel Simlin, to accuse the whistleblower, suspended CBN governor of being behind the escalation in Boko Haram attacks which followed a replacement of army chief’s and appointment of a questionable character, three-time failed NSA as minister of defense.

Though the need for cooperation with Nigeria’s neighbors in the battle against terrorism cannot be undermined, the difficult position of Nigeria’s neighbors can be appreciated given the administration’s record of recklessness, incompetence and protection, appointment and recognition of terror masterminds and corrupt thieves.

In April of 2012 when the ex-governor of Borno, Ali Modu Sherif, who has been clearly implicated in the metamorphosis of Boko Haram terrorism and is indicted in the Abba Moro White-paper report with the president, was arrested by the Cameroon government for Boko Haram terrorism, the Nigerian Presidency facilitated his release with another senator who was arrested with him.

Upon his arrest, Ali Modu Sheriff said, “I did not know that Cameroonians are like this, I prefer to go back to where I came from.” Indeed, Nigeria where he came from under the Jonathan administration embraces and rewards terror sponsors. Here is where he is most comfortable.

Again, when another non-repentant MEND terrorist who has admitted a relationship with Boko Haram founder, late Mohammed Yusuf, Mujahid Dokubo-Asari was arrested by the Benenoise security services, the Nigerian Presidency immediately sent to his rescue. The relationship of the Nigerian President with terror sponsors and terrorists has challenged his repute and commitment to the battle against terrorism both locally and internationally. In a current lament, Noble Laureate, Wole Soyinka who has called the ruling PDP party a ‘terrorist organization,’ described Nigeria’s president as having ‘canonised terrorism’ by awarding a confirmed ex-dictator who looted billions of dollars, of which up to $1.2 billion has been certified and recovered, and a known killer, an award of ‘national honor.’ Professor Soyinka described ex-dictator Abacha as equivalent to Boko Haram terrorists. The terror impact of the billions he looted which has been confirmed, to the nation cannot be debated.

With a history of dining with and protecting terrorists and facilitating the release of terror sponsors from neighboring countries, the cooperation of such nations and their permission for Nigerian troops to crisscross their borders freely is unfortunately legitimately jeopardized.

Without a true commitment to abating and fighting terror, which selectively targets the poor and less affluent, Nigeria fails to garner international support in its ‘war against terror.’ It will be remembered that until Nigeria showed some seriousness and declared a state of emergency against the wishes of his head of national security, as impressed on the President by certain intelligence media in a May 8 2013 article captioned, “Nigeria at war,” did the US and UK government swiftly adjust their positions, declaring Boko Haram members wanted and freezing their assets.

Rather than a policy of denial of responsibility for failure and trading blame with local and international players, how about the Presidency accepts its credit for enabling terror and mass murder of Nigerians reminiscent of the progrom years? Denial can never solve this problem, and there is urgency for critical action or resignation. A friend of the President said ‘he is still learning.’ Well people are dying, if he hasn’t learned enough in 7 years so-far in Aso rock, he should have pity on the poor who are dying and give way to people who have commitment, moral competence, respect and balls. It is enough of politics with Nigerian lives.

At this critical point in Nigeria’s history, Nigeria needs a strong President who can cross party lines and also international borders with respect and recognition.