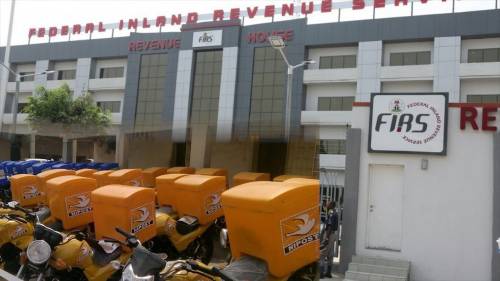 The Nigeria Postal Service and the Federal Inland Revenue Service are currently in a tussle over who has the legal right to collect stamp duty for the country.

Recall that the government through the FIRS had increased the payment of stamp duties, which led to an uproar among Nigerians.

In a tweet, Chairman of NIPOST, Maimuna Abubakar, said the organisation was the only agency charged with the responsibility of producing adhesive stamps and revenue for the purchase of such stamp accrues to NIPOST.

She also said that there was nowhere in FIRS Act or Stamp Duty Act that states FIRS can produce stamp or sell such.

The NIPOST board chair also said FIRS did not only steal NIPOST stamps but also ideas.

She tweeted, “I am worried for NIPOST, having sleepless nights because of NIPOST, we need the general public to come to our aid, FIRS stole our mandate.

“FIRS are now selling stamps instead of buying from us. NIPOST are the sole custodians of national stamps, another agency printing and selling stamps is against the law of the land.

“FIRS did not only steal our stamps but also our ideas, what NIPOST had worked for since 2016, our documents, patent and sneaked everything into the finance bill and tactically removed the name of NIPOST.”

Abubakar revealed that NIPOST had generated over N60bn for the Federal Government.

Responding to Abubakar, the FIRS said it was the sole agency charged with the responsibility of assessing, collecting, and accounting for all tax types including stamp duties.

Director of Communication and Liaison of FIRS, Abdullahi Ismaila Ahmad, in a statement on behalf of the agency, said, “To be sure, NIPOST is a government parastatal established by Decree 41 of 1992 with the function to develop, promote, and provide adequate and efficiently co-ordinated postal services at reasonable rates.

“This function is clearly contrary to the claim by NIPOST over the administration of stamp duties in Nigeria.”