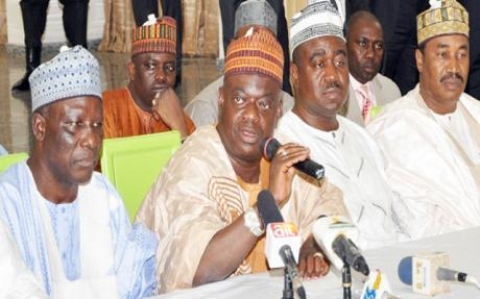 Apart from Governor Murtala Nyako of Adamawa state, one has to come to terms with the fact that many governors and elders of the north have woefully failed the citizens of Nigeria, northern, southern and the visitors from abroad in their states.

If the Federal security forces fail to secure your domain, if they fail to arrest a single sponsor of terror when many of these are well known, you should take determinate steps to accord the people in your ward the necessary security they deserve. In the pogroms of our painful history, the northern leadership failed to aggressively abate the inhumane acts of violence and carnage to the people, most especially southerners in the north; again today, as massacres akin to the pogroms of the day, eliminate entire villages in the north, the elders and governors fail to act strongly to protect life. Northern leaders have a complaisant reaction to death of theirs and foreigners; this is the reality we must come to terms with.

Though many may disagree with Governor Murtala Nyako’s blunt approach and outburst, it is recognized that anyone who has such spate of continuous, recurrent easy massacres of people within his state, which the Federal authorities fail to check for a span of four years, would begin to accuse the government of complicity at the very least.

If the ongoing spate of killings were happening in any part of southern Nigeria, we know the elders and governors would have done and reacted ten times the combined reaction of all northern leaders. In fact, what obtains in the north today can frankly never obtain in the south of Nigeria with things remaining as same-stuff-different-day; and it is time we point fingers where they should be–at the northern leaders. 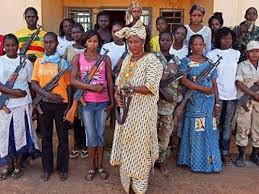 There are decisive steps that should be taken. In Algeria between 1991 and 1999 in what was called the black decade, as I recently penned in the article, “Self-defense Militia: How Algeria Checked Its “Boko Haram” crises in the 90′s Black Decade“, when similar terror massacres occurred across Algeria, the government immediately trained and armed locals to defend themselves and broadcast this thoroughly on national television to get the terrorists informed on what they will encounter when they go to villages. Why have the northern governors not forced for this similar measure? Do the northern leaders not know as the entire world does, that Nigeria does not have a rapid response squad? And that the Federal slow-response is inefficient? Why then to they still leave their citizens to call on and wait for government forces when their villages come under Boko Haram attack? The Bama attack earlier this year was a typical case where the village head called the army ahead of the attack, but the Federal army failed to come for the eight full hours of free carnage. All other attacks have been similar including the recent Zamfara massacre which spanned an entire 3 hours with no security intervention.

With such continuous attacks and exposure of citizens to unlimited Boko Haram terror, would well-meaning governors not have clamored loudly for the right of the people to defend themselves with arms as coordinated, supervised and monitored by state security?

What solution to this problem are the northern governors and elders working on? 2015? Who knows who will be alive till then and what this unlimited terror would have done to the country by then. Is this the best solace they can offer to the families of the abducted 234 Chibok school girls from around Nigeria? Is waiting on Abuja the best hope they offer the girls being married off to Boko Haram terrorists in the bushes of Sambisa that the army refuses to enter? Should the northern elders not lead a campaign for armed vigilantes to raid the forests and border territories for the missing girls immediately?

Related to this, we noticed in a recent news release that some senators promised to raise a motion to impeach the President for serous offenses they had listed and to raise the noise of his failures globally. This initially read as impressive, and action at last, till it was noticed in the last sentence of the news release that they were only deciding to do the dutiful because their seats were threatened. The paragraph in Vanguard of April 28th, read: “Since the President does not want peace and he is going for our jugular, it’s a fight to finish this time around and he stands to lose more at the end of the day.” Pathetic! They will only stand for “justice” and deliver the bulky evidence they have of crimes against humanity, when they personally feel threatened, and not immediately the evidence precipitates in the best interest of 168 million suffering, dying and abducted Nigerians.

It is time Nigerian citizens come to terms with the fact that the leadership, both state and Federal does not care about them, is addicted to politics, and safe in their bullet and bomb proof vehicles, will only pursue the maths of electoral victory and maintaining power; never taking off the gloves and standing up to determinately secure the people’s lives and their future. It is time the Nigerian masses think of and for themselves as the treacherously detached leadership does, northern, southern and between.