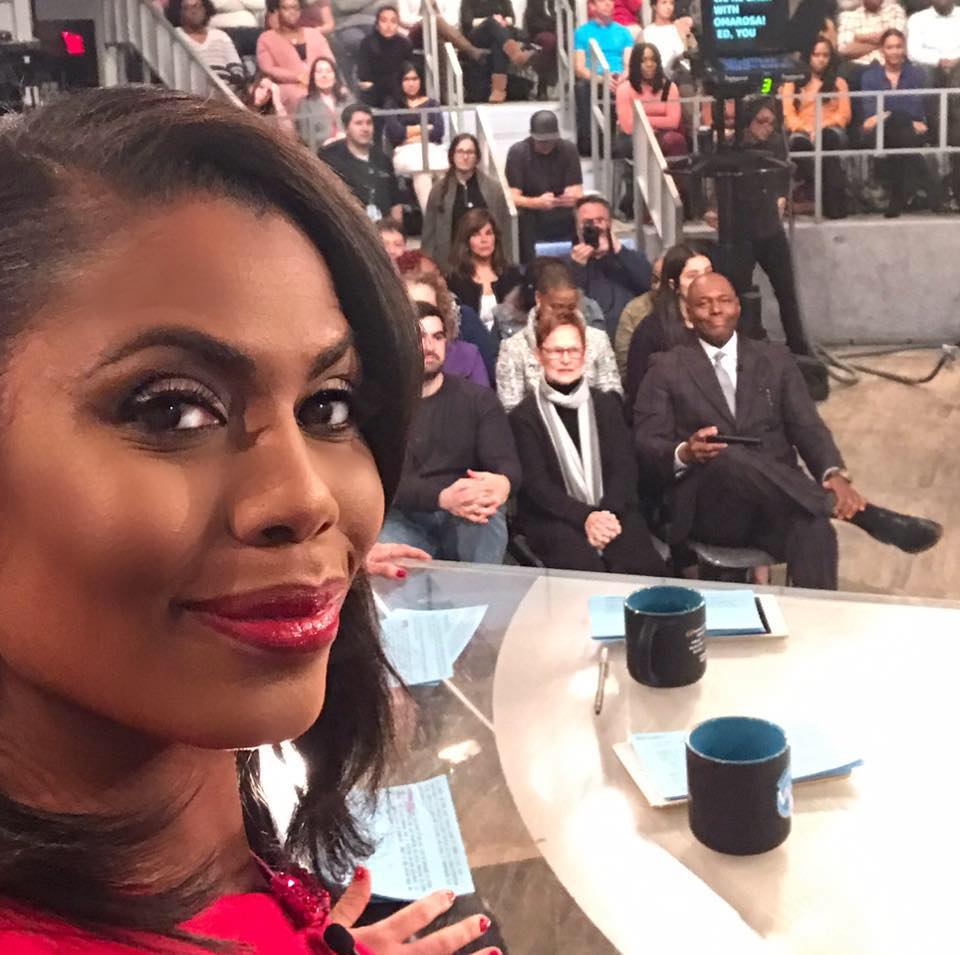 Does anyone remember or know the saying that on your way up, remember those you climbed on because you may need them on your way down. It is never easy for African Americans in the managerial or supervisory positions as the lonely ones or when they are the minorities. Get this straight, you are supposed to be the sharp shooter and the shield against criticism, justifiably or not. Damn if you push back, damn if you don’t. It is a balancing act and you may still fall or fail!

It is immaterial whether Omarosa Onee is an African American, Kenyan or Nigerian, her skin color commands the same indifference. There are those that would not take direction from her, no matter how sweet she is. They may like it if she baked cookies and brought it to work or had the best candies in a jar on top of her table for everyone. Any black in a managerial position that told you she has never encounter racism or dis(respected) is stingy with the truth.

Johnnie L. Cochran Jr. the late famous O. J Simpson’s lawyer had been the prosecutor defending police officers against many black “criminals” complaining about police brutalities. He got sick and tired of doing that and became a defense attorney that finally got O. J Simpson exonerated in a highly controversial case because of police unfair and sometimes outrageous tactics. When you manage a system that is indifferent to the welfare or justice for your people, be careful O!

Africans or first-generation Africans like Obama also face additional tasks to overcome. Some African Americans wage a tribal storm in a tea cup against them. You are better off if you ignore them and face the bigger tasks. It was the job of Omarosa to defend the President whom she later claimed had racial attitude but not a racist. African Americans seized upon making that distinction without a difference to justify their disdain for knowingly defending her boss.

Why did it take the end of her job, resignation or outright firing to start speaking out? Some African brothers say the job was too good to quit. Omarosa do have other qualifications and qualities but she got the job because of her affiliation to the highly rated show Apprentice: You Are Fired! Others claimed she had no qualitative duties as African Americans Outreach Director of Communication that were very offended each time she defended the Administration.

Let us be fair, it was a political job and anyone the President so desired could have got that job. If it comes to keeping a job, Africans know how to keep their jobs than African Americans. It has nothing to do with competency. It’s the difference between their feeling as a right and not a privilege. This could be worse when unqualified African American assumes that a well-qualified first-generation African should not get the job since there are African Americans.

Unfortunately, even someone as highly informed and educated as the only African American in cabinet, Dr. Ben Carson thinks President Obama does not have the generational experience of African Americans. So, it is not only some whites that thought Obama should not be President, some African Americans thought so too. But that is a tribal “war” we would rather keep within.

Therefore, Omarosa did what she could to keep her job. Nonetheless, lonely. You should believe her when she said it was an emotional draining experience for her and how her people were viewed including some slights she must have encountered on that job. Of course, she had no place to go to turn to but to her people and her community. Even if Africans live mostly in white area, there are reasons to go into black community for parties or get some spicy chicken!

Africans claiming that Omarosa never identified with Africans are very unfair. Her wedding pictures were there as she donned African attires with her friends. Moreover, all your friends do not have to be blacks or Africans. If you are not careful, through a few bad companies or jealousy some may get you into trouble.

This is what African parents in Diaspora warn their children about. It is a delicate advice between keeping and losing your identity as Africans. Some Africans kids are now going astray! Unlike the days when Africans mainly got out to study and returned home after graduation. Africans stay put and only come back home on visits, lately. So are the older Africans, especially when their bodies need medical repairs, tune up and oil change.

Some background while we wait for Omarosa to give details of her emotional experience at the White House. Many have been in her shoes, in positions bigger than hers, already know. During the reign of President Reagan, he came into the conference room one day and saw Samuel L. Pierce his Housing Secretary, he politely greeted him as one of the mayors he was going to have a meeting with. It tells you that he hardly met or knew him as a member of his cabinet.

Dr. Ben Carson was placated as a Vice-President at one time, then for other high profiled posts, but he ended up as Housing Secretary, a traditional post for African America. When Ron Brown became the commerce Secretary in the Clinton Administration, it was another First. Clinton will be remembered for ending the traditional Welfare system and got mixed reviews as the “First honorary Black President” that incarcerated too many black men with the “three strikes law”.

However, Barbara Jordan never got Attorney General (or nothing) job she desired so much from President Carter. The position of Attorney General for the first black had to wait until Obama Administration and Eric H. Holder Jr. got it!