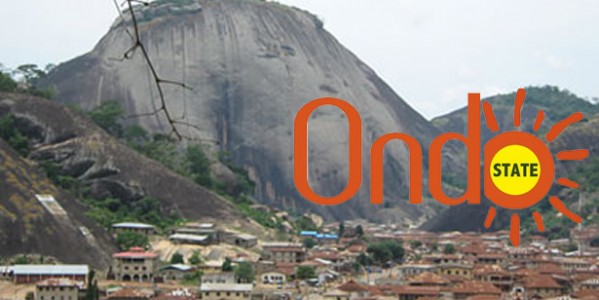 A socio-political group, the Akure Renaissance Movement (ARM) has urged the All Progressives Congress (APC) to zone its governorship ticket to the Akure division of Ondo State.

The group also urged the APC to ensure that its candidate in the fast approaching governorship election is a person of unquestionable integrity below the age of 45.

The group in a statement signed by its National Coordinator, Comrade Femi-Morgan Ademola and its National Publicity Secretary, Bamidele Johnson argued that denying an Akure division from producing the next governor of Ondo State will be tantamount to a setback to conventional tenets of fairness and equity.

The group opined that despite being the state capital and with the highest population, no Akure indigene has ever governed the state since its creation in 1976.

Also making case for a youth based government; ARM posited that the developed countries in the world are making progress because the youths are their drivers while the older generation is the supporter.

“Created in 1976 with Akure as its capital city, Ondo State is a multi-ethnic geographical entity blessed with six major ethnic groups namely Akoko, Owo, Ikale, Ilaje, Ondo and Akure. On the other hand, the state is conventionally and traditionally divided into four ideological based political divisions namely Akure, Ondo, Akoko/Owo and Ilaje/Ikale.

“From the foregoing, it is rather unfortunate that Akure division which is the headquarters of Ondo State has not produced a governor since the state was created 40 years ago. It is also important to note that Akure division contributes 65% of the State Internally Generated revenue (IGR). Akure is the most populated political division with a population of over 500, 000 registered voters and it has always played a determinant role in every governorship election in the state.

“It is also sad to note that Akure indigenes have always run for governorship seat since the state was created in 1976 but the major political parties in the state have never deemed it fit to consider an Akure man an ample of opportunity to flag their tickets. We consider this direct and indirect isolation of Akure division from Alagbaka seat of power as an offence against conventional tenets of fairness and equity.

“Ideally, the politics of state creation in Nigeria was borne out of the fear of domination of the minority by the majority. Also, the Federal character principle as entrenched in the 1999 constitution of Nigeria as amended was designed to solidify fairness and equity in the multi-dimensional ethnic entity called Nigeria. Ironically, the minority divisions are the one dominating the majority in Ondo State.

“Consequently, we call on the All Progressives Congress (APC) which we believe is the most progressive and ideological based political party in Nigeria to ensure that its governorship candidate emerges from Akure division. We hereby call on all Akure indigenes to support this move for posterity sake.

“Furthermore, today, we observed that the modicum of operations in the political and economical firmaments of the world is fast changing from the analogue to a contemporary’s based leadership model and it is very germane and sacrosanct that we note that those championing this commonsense revolution majorly in the developed countries are people in their 40s.

“It is our belief that Africa is under-developed today because we are yet to embrace the global model of leadership. We are yet to face the reality that it is the intellectual and ideological capacity of a leader that determines the state of a nation in 21st century and only through the youths such could be actualized.

“Therefore, we want to appeal to our parents that it is time for them to allow the younger generation determines their future. Enough is enough of politics of gerontocracy. We call for a generational shift in Nigeria and like God made it happened in Kogi State in December 2015, we demand for an APC governorship candidate that is not above the age of 45 for the coming election in our state.” The group concluded.