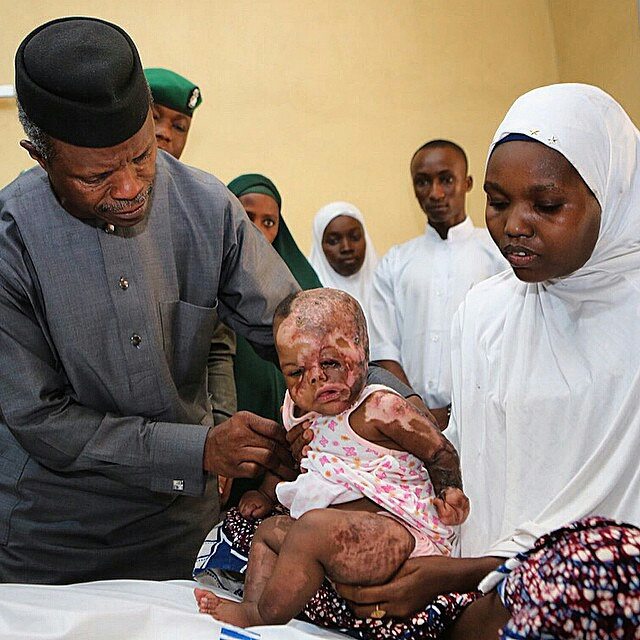 Bilkisu Saidu, senior special assistant on legal matters to Acting President Yemi Osinbajo, says that most senior positions in the office of her principal are held by northerners, and that his meals are even served by Muslims.

Saidu was reacting to comments credited to one Ismaila Farouk from Zamfara state that appointments made by the acting president into some federal agencies and in his office were lopsided.

Speaking in an interview on BBC Hausa Radio on Sunday, the vice-presidential aide described the nepotism charges “as simply laughable, untrue, unfair and should not be taken seriously”.

According to her, “most senior positions on the vice president’s office are held by Muslims including by individuals who are from the north”.

“If you are talking about religion, the most senior official or position in the Office of the Vice-President apart from the vice-president himself is the office of the deputy chief of staff to the president and the name of the person occupying that office is Abdulrahman Ipaye and he is a Muslim,” she said.

Saidu also said that a look at other senior positions in the vice-president’s office indicate that religious consideration was not a factor in the appointment of the officers, adding that “If you look at the remaining senior positions in that office, most of them are in the hands of Muslims from the north”.

“For instance the person in charge of protocol (the director of protocol) is Ambassador Abdullahi Gwary from Yobe state; those in charge of welfare and health in the office of the vice-president are mostly Muslims and from the north,” she added.

“Worthy of note are the stewards, those who serve the vice president’s meals, they are mostly Muslims, so what do the critics mean when they talk about religion.”