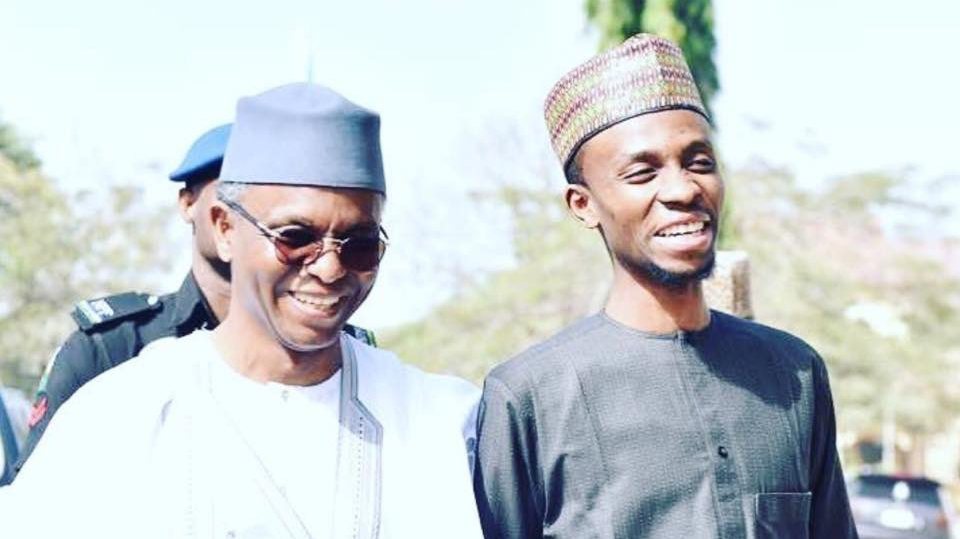 message to a Twitter user following arguments about politics.

“Tell your mother I’m passing her to my friends tonight,” Mr El-Rufai said to his detractor, before adding an ethnic diatribe: “No Igbo sounds please!”

The message, which went out at 10:21 a.m. Sunday, quickly became the basis for prolonged outrage after it was made public by its recipient about an hour later.

Many Nigerians on social media have expressed outrage at Mr El-Rufai, while anti-rape activists demanded a thorough investigation for probable violation of the Cybercrime Act.

Mr El-Rufai, however, dismissed calls, including from ex-minister Oby Ezekwesili, for him to apologise throughout Sunday, claiming without evidence that he was returning an insult earlier lobbed at his father. His defiance continued even as his mother, Hadiza El-Rufai, was being prodded to denounce her son’s call to violence.

The confrontation ensued after a Twitter user, @thanos_zer, criticised a tweet posted the previous night by Mr El-Rufai as hypocritical.

“There is nothing as radioactive as an incompetent leader during a time of crisis,” Mr El-Rufai tweeted after 8:00 p.m. on Saturday. “The United States of America is a case in point. A few states in Nigeria too.”

This prompted @thanos_zer to wonder what Mr El-Rufai thought about President Muhammadu Buhari, who has been criticised as an “absentee” leader for his sparse public appearances.

“How about the absentee president in Nigeria?,” @thanos_zer wrote.

In response, Mr El-Rufai said he was sure that @thanos_zer would be from the South-east and his state governor would be grossly incompetent.

Again, @thanos_zer responded, saying: “I don’t shield anyone who’s inept. I can’t say the same about you. You’re daddy’s boy and of course nobody attacks the finger that feeds them. Buhari’s ineptitude is mind-blowing. Yes I said it and you’re not going to make me disappear!”

Subsequently, Mr El-Rufai rained a barrage of insults at his detractor. In one tweet before 11:00 a.m. Sunday, he posted sexual innuendos against @thanos_zer’s mother, saying he was aware of her “mind blowing” sexual capabilities.

In another tirade laced with sexual vulgarity, Mr El-Rufai tweeted at 11:02 a.m. that he had also learnt of sexual exploits of @thanos_zer’s grandmother.

Following the attacks, @thanos_zer told PREMIUM TIMES he stopped replying to Mr El-Rufai, and there was no evidence that he returned the offensive attacks.

About an hour after the public disagreement ended, @thanos_zer posted a screenshot that contained a threat which Mr El-Rufai sent to him as a private message.