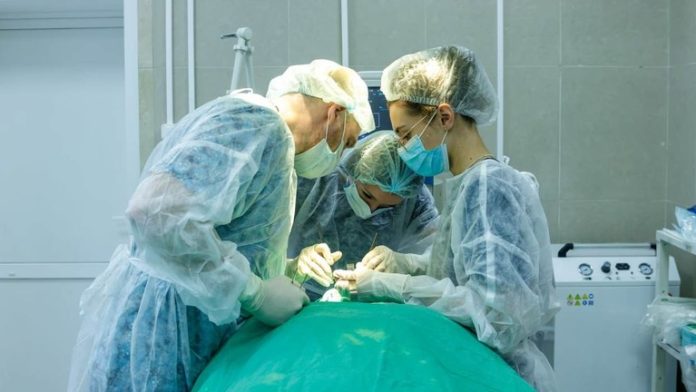 Doctors removed a 12cm worm from a woman’s cheek after she was bitten by a mosquito, according to the Moscow Region’s healthcare ministry on Thursday. The patient’s surgeon said it was the first time he’d seen a case like this in his 10-year career.

The 51-year-old woman went to a hospital in Lyubertsy, near Moscow, complaining of swelling and itching in her cheek area. Doctors suspected the patient had a benign tumor and decided to remove it after an examination.

“We discovered the head of a worm in the thickness of the crack after making an incision under local anesthesia.” “There was a capsule with a worm,” said Sergey Grevtsev, head of the maxillofacial surgery department.

The doctor explained that the worm’s activity caused an inflammatory process inside the woman’s cheek, which caused itching.

“We removed the capsule from the cheek and extracted a 12cm-long worm,” Grevtsev explained, adding that it was the first such case he’d seen in a decade of surgery.

The parasite apparently got into the woman’s cheek after she was bitten by a helminthiasis-infected mosquito. The health ministry stated in a press release that pets can also carry this infection.