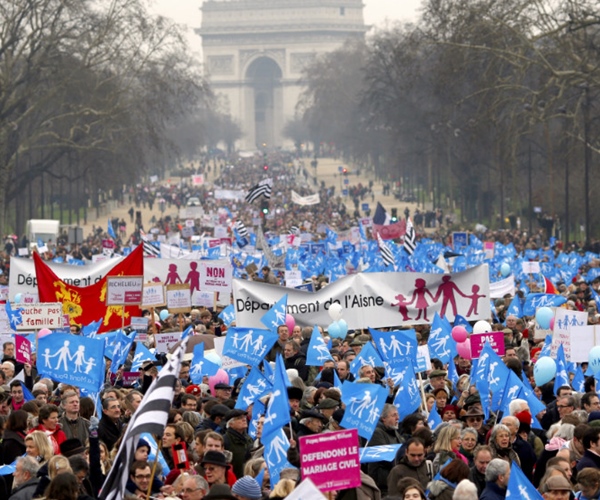 Tens of thousands of people have marched in Paris to call for the repeal of a law allowing gay marriage, six months before France’s next presidential election. The protesters ended up at Trocadero Plaza, near the Eiffel Tower. Police estimated the crowd at 24,000, while organizers gave a figure of 200,000. Read full Yahoo