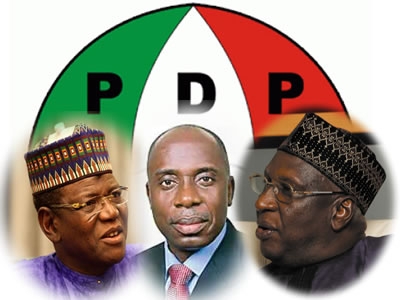 The Ikeja Division of the Lagos High court under Justice Ganiyu S. Safari had on 2nd September, 2013 ordered both parties to maintain the status quo pending his determination of the motion on notice. He also directed that the defendants be served outside jurisdiction.

Again on Wednesday, September 4, 2013 a Federal court in Abuja reiterated the ruling of Justice Safari asking both parties to maintain status quo pending the hearing of the case.

In keeping with the ruling, the Alhaji Abubakar Kawu Baraje executive obeyed the learned Judges but was shocked at the sealing up of its secretariat under the instructions of Inspector General of Police on 7th September, 2013 probably prompted by the Alh. Tukur’s faction of PDP Leadership in its usual fashion of lawlessness and supported by their cronies in government.

In view of the ruling ordering both parties to maintain the status quo pending the determination of the case, PDP national executive committee wishes to request the Inspector General of Police, M.D. Abubakar, to immediately unseal its National Secretariat in Abuja and allow it to operate unhindered.

In line with the resolve of the leadership of the PDP under Alhaji Abubakar Kawu Baraje to respect and uphold democratic tenets and the rule of law and considering that the judiciary is the bastion of democracy and the last hope of the common man, the PDP once again approached the court to interpret its former ruling that two factions should maintain the status quo and assist us to decide on the legality or otherwise of the sealing off of our National Secretariat by the police on the orders of the Inspector General of Police but Alh. Tukur led faction of the party could not agree on a common Counsel to represent them thereby forcing the Lagos High Court to adjourned the case till 17th September, 2013.

Today, the High Court in Lagos once again ruled on the legitimacy of the PDP under the leadership of Baraje and maintained that the status quo be maintained until the determination of the motion on notice.

We wish to therefore appeal to the Inspector General of Police, IGP, Mr. Mohammed Abubakar, to immediately unseal the party’s National Secretariat to allow us continue our lawful activities and set our party on the path of victory in all the coming elections.

The party views the continued seal up of our offices as barbaric, undemocratic and an abuse and demonstration of naked power, the very elements that characterised Alh. Bamanga Tukur’s leadership.

No matter the odds, it is our resolve as a group to rescue PDP from the hands of undemocratic elements and draconian rule which have been the lot of our political party under the leadership of Alhaji Bamanga Tukur. 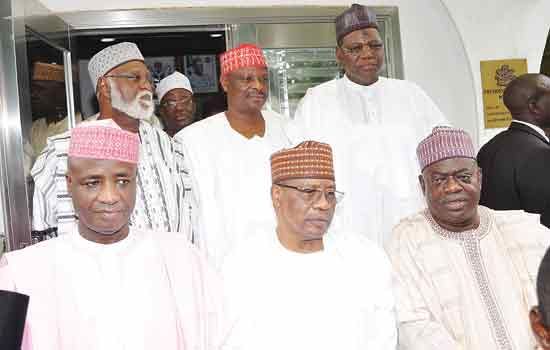 We remain committed to the vision of the founding fathers of our great party and will not be deterred in our determination to entrench democratic principles within our party irrespective of the odds and threat to our lives.

For the avoidance of doubt, we reiterate our determination and will to restore peace in the PDP. We wish to commend the judiciary for living up to its reputation as has been clearly shown by the decision of both the high court in Lagos and Abuja.

We are indebted to Nigeria and appreciate the goodwill we have enjoyed in our quest to rebuild and sustain the greatest party in Africa. We understand that leadership is a sacred trust and therefore commit to a people focussed and people centred leadership under our chairman Alhaji Kawu- Baraje.

We appeal to all our party men to be calm, loyal and desist from making any inflammatory statement that may undermine the efforts of the Peace Committee of the elders of the party under the leadership of His Excellency, Chief Olusegun Obasanjo, GCFR.

We are certain that posterity will judge us fairly and that all this too shall come to pass in a matter of time.