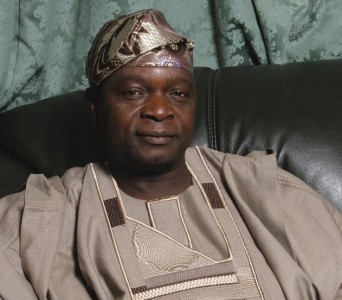 The Office of the National Secretary of the Peoples Democratic Party, Prince Olagunsoye Oyinlola has described the reaction of the National Working Committee of the PDP, to Oyinlola’s press briefing as excessively long on posturing, but short on reasonable arguments, as it has failed woefully to answer very pertinent questions and issues pertaining to disrespect for the judiciary, Due Process and violation of the principle of fair hearing.

This reaction, which is contained in a statement issued in Abuja on Friday said the explanations offered so far by PDP’s National Publicity Secretary, Chief Olisa Metuh did further damage to the cause of the PDP as it only confirmed the national working committee’s disdain for the Judiciary, the rule of law and statutory regulations, by taking reprehensible steps to circumvent court orders, the 1999 Constitution of the Federal Republic of Nigeria (as amended) and that of the PDP, which both guarantee the right to fair hearing.

The statement captioned: ‘’LET THEM USE POWER; WE SHALL USE COURAGE’’,disclosed that following developments which seem to indicate an indecent political behaviour and a lack of accountability and integrity, the PDP national secretary has formally reported the matter to the national leader of the party, President Goodluck Jonathan. Oyinlola took this step in consideration of the widely held notion that the perceived long chain of any organisation is its leadership, which is always credited with the gains or shortcomings of the organisation. It went further to assert that the statements that emanated from Thursday’s PDP press conference, could only suggest that regrettably, some people thrive on the basest and lowest forms of sentiments, giving cause for concern about their true commitment to democracy’’.

‘’I simply refuse to believe that those perpetrating the horrors of numerous atrocities designed to nail Oyinlola at all costs, are not aware of the implication of denigrating the Judiciary and the rule of law; and that my fiercest critics and opponents today are those who are unhappy at my preference for Due Process in administering the affairs of the PDP national headquarters’’. Most of them are people who were denied attempts to secure undue and illegal political advantage and patronage that would have amounted to the circumvention of regulations’’. It is true that I chose not to compromise on illegalities and destructive tendencies exhibited by these people’’. That was the advent of the culture of impunity, tyranny, oppression, dictatorship and refusal to abide by the resolutions of majority of PDP NWC members, who were all elected by the party’s national convention’’.

Yet, these same culprits of confusion preach internal party democracy! This evidently explains why my friend, Metuh, had no convincing answer for the media, that requested to know why the G-7 governors were not also summarily suspended; but opted to consult with his national chairman on a matter that ought to have been discussed, applying the principle of collective responsibility’’. One notes with consternation and disbelief the recent developments in the PDP NWC, which disallow the Deputy National Chairman from acting on issues and matters in the absence of the national chairman’’. This is obviously an embarrassing statement which portrays the NWC as a one-man affair.

‘’For the records, I wish to state in clear and unequivocal terms that I never supported the suspension of the National Vice-Chairman of the PDP for the North-west zone, Senator Girgiri Lawan, a rather forthright personality, as a member of the NWC. The minutes of the meeting at which the decision was taken would reveal that Senator Girgiri Lawan was accused and judged by Alhaji Tukur, whose actions at that particular NWC meeting are recorded. It is also on record that the letter conveying Senator Lawan’s suspension was not signed by me in my capacity as the national secretary with the statutory responsibility but was drafted, approved and signed within the office of the national chairman. ‘’My colleagues on the NWC will attest to the fact that on some occasions when illegalities were perpetrated and forced down the throats of NWC members by a personality, who is supposed to be ‘’primus inter-pares’’, I protested vehemently; and to show my displeasure, never waited for the usual entertainments at the end of the meetings. Metuh would surely attest to these facts’’.

It is also funny that the PDP spokesman could state that the absence of Alhaji Bamanga Tukur from Nigeria last Thursday prevented the NWC from taking an immediate action on the Court of Appeal order for my reinstatement, even when the PDP Deputy National Chairman is empowered to act in the absence of the national chairman’’. Where true internal party democracy is operated; not in a setting of an‘’Executive Chairman’’ who is under a false illusion that he has the power to ‘’hire and fire’’, the principle of collective responsibility demands and commands that individual official opinions be respected in taking NWC decisions’’. That was what we did on the Adamawa state PDP crises, and Alhaji Tukur, in one of those unfortunate outbursts described fellow NWC members as ‘’traitors’’;simply because they acted in consonance with the PDP constitution! I must say with deep respect that I have never seen the national leader of the PDP, President Goodluck Jonathan, in spite of his enormous powers, or Mr. Vice President, behave this way, or make such offensive utterances at any of the meetings of the organs of the PDP’’. It is important to highlight the fact that leadership is indeed an endowment, and part of the responsibilities of a true leader is the ability to manage people and crises without losing his or her head’’.

‘’Let it be known that when the PDP Disciplinary Committee is legally and validly constituted at the national level, those of us who are aggrieved may also press charges against those whom we believe have breached the party’s constitution and engaged in serial violation of rules and regulations guiding the operations of the PDP. These are people, who have also engaged in conducts that have apparently caused confusion and disharmony, encouraged divisions, refuse to consider appeals timeously, made utterances that have put the PDP into disrepute, have clearly breached the PDP constitution and refused blatantly to summon meetings of the National Executive Committee of the party, as well as meetings of its other organs as prescribed by PDP regulations’’.

‘’I sincerely hope that members of the NWC would stop being accomplices and accessories to constitutional violations because there is an in-built mechanism which allows two-thirds of NWC members to reason logically and prevent descent into anarchy, as elected members of the NWC, who swore to protect and uphold the PDP constitution. ‘’If they fail in their duties, they cannot reasonably present an alibi of ignorance of this constitutional provision of the in-built checks and balances. Failure to act suggests compromising on illegalities, and undermining the constitution of the PDP, which itself is an enough reason to also press for disciplinary actions against them, having failed woefully by supporting absurd transgressions’’. I find it inexplicable that PDP NWC could claim that it is unaware of the Appeal Court order when its counsel was in court when the judgement was delivered. More importantly, the court order was transmitted electronically to the National Legal Adviser, Mr. Victor Kwon and Chief Olisa Metuh. We have proof of service and will prove this. The question to ask is ‘’If PDP is unaware, how did it rush its appeal to the Supreme Court? That is the same manner in which Justice Abdul-Kafarati claimed that he was not aware that records of proceedings of his court had been transferred to the Court of Appeal, when he wanted to pronounce Prof. Wale Oladipo as the national secretary, when the proceedings were actually forwarded from his court. Thank God that pronouncement, following its abrogation, has been made in vain.