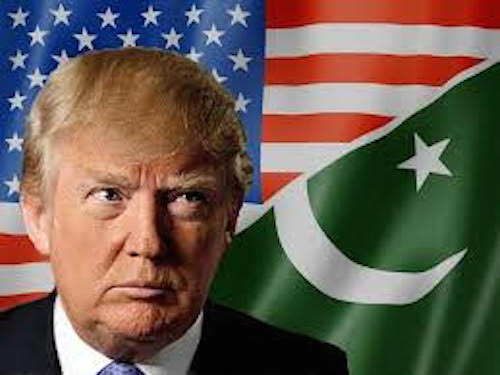 The administration of US President Donald Trump has approved the resumption of weapons sales to Saudi Arabia which critics have linked to Riyadh’s killing of civilians in Yemen, reports say.

The multi-million dollar deal will see precision-guided weaponry handed over to Riyadh which is conducting almost daily airstrikes in Yemen. Officials say the proposal needs the backing of the White House to go into effect.

The State Department’s approval of the controversial measure indicates that the Trump administration is seeking closer ties with Saudi Arabia in the Yemen war.

The Obama administration canceled the deal for the sale of tanks and armored vehicles to Saudi Arabia in December last year, amid worldwide criticism about civilian deaths in Yemen.

More than 12,000 people have died as the result of the Saudi campaign in the kingdom’s impoverished neighbor since March 2015, according to the latest tally by a Yemeni monitoring group.

The offensive was launched to undermine the Ansarullah movement and reinstate Yemen’s former president Abd Rabbuh Mansur Hadi, a staunch ally of Riyadh.

The Pentagon has been providing logistic and surveillance support to Saudi Arabia in its military aggression against Yemen.

Meanwhile, the UK High Court is reviewing the country’s weapons deals with Saudi Arabia, after activists accused the government of British Prime Minister Theresa May of complicity in Riyadh’s war crimes against Yemen.

Brought by the Campaign Against Arms Trade (CAAT), the case includes submissions from Amnesty International and Human Rights Watch.

Britain has signed off £3.3 billion in arms sales to Saudi Arabia since March 26, 2015, when Riyadh began its unprovoked aggression on its impoverished southern neighbor.

London, which has been one of the biggest suppliers of weapons to Riyadh for 40 years, has provided Tornado and Eurofighter Typhoon jets along with training to Saudi pilots participating in the war, which has killed thousands of Yemeni civilians.

The British government has also admitted to exporting 500 illegal cluster bombs to Saudi Arabia in the 1980s which the country used in its war on Yemen.