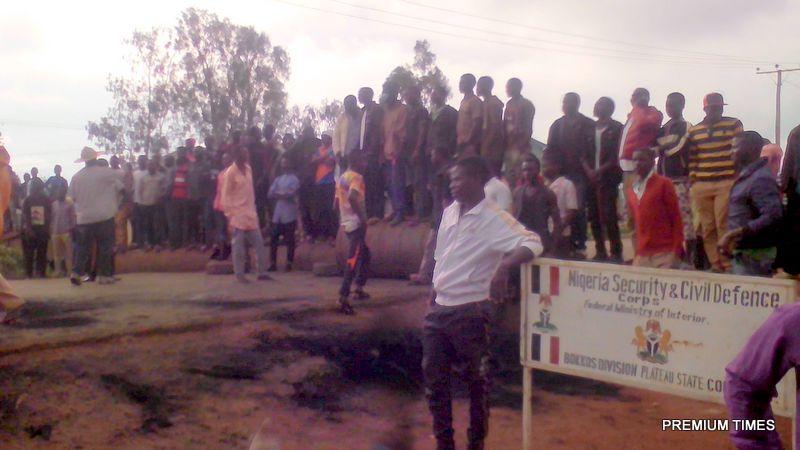 A fresh attack has occurred in Bokkos Local Government Area of Plateau state, where a first class traditional ruler was murdered by unknown gunmen on Monday afternoon.

The latest violence took place on Wednesday night in Danan, a settlement within Bokkos LGA.

In response, youth of the local government area barricaded all access routes to the council Thursday morning.

The convoy of the Plateau State commissioner of police, Adekunle Oladunjoye, which was on its way to the area, was stopped.

Mr. Oladunjoye had to plead with the angry youth at three barricades to allow police have access to Bokkos.

The leader of the youth group, Jibrin Malau, a physically-challenged man on wheelchair, said they would not allow soldiers provide security to their people anymore.

One youth, Peters Marren, said in an interview, “We don’t want soldiers again, because the community that was attacked yesterday night (Wednesday) is behind a military base, why didn’t they give the community protection?”

“Soldiers are betrayers, we will not allow soldiers into our villages, they are aiding the killings. They were there when Danan community was set on fire, the armed men destroyed, injured and kill our people. Soldiers must go, we want them replaced with mobile police,” he said.

According to the youth, only four houses are left in Danan community.

According to Mr. Marren, one victim of the violence was a 10-year-old boy.