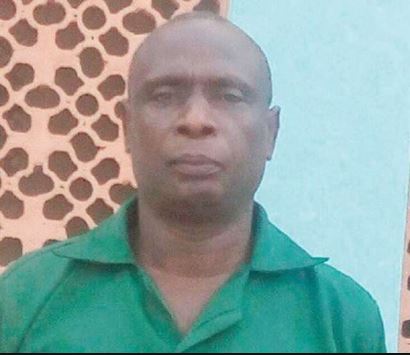 Police have arrested a 50-year-old fake doctor working at the Out Patient Department of the Minna General Hospital, Niger state, Usman Umaru, for allegedly indulging in massaging the penis of patients at the hospital and then sucking their sperm when they discharge.

The fake doctor who has reportedly been indulging in the act for over two years before he was caught was arrested after he tried it on a 40-year-old patient who could not release even after several minutes of massaging.

The inability of the 40-year-old man whose name was given as Sani Baitachi to release infuriated Umaru who, it was reported, angrily slapped him for not being able to release sperm so he could suck.

Arguments and quarreling however ensued between the two men, attracting the attention of even the hospital’s management and Umaru was apprehended.

Confirming the news to newsmen, the Deputy Chief Medical Director of the Minna General Hospital, Dr. Hussaini Yabagi said, “Management will follow the case to its logical conclusion so that it will serve as deterrent to others.”

The reports had it that Umaru was a hospital attendant and had been carrying out the act of sperm licking since his days as an attendant. It also said that the fake doctor has sucked at least, 10 patients’ sperm so far.

On his tactics, the report said Umaru would lure the patients away from the real medical doctor in charge of their cases, take them into one of the hospital wards and massage their penises. Then, when they discharge on his palm, he would lick the sperm and then discharge them without administering further treatment.
Confirming the arrest, the state Police Public Relations Officer (PPRO), DSP Bala Elkana, said that investigation had commenced into the incident.