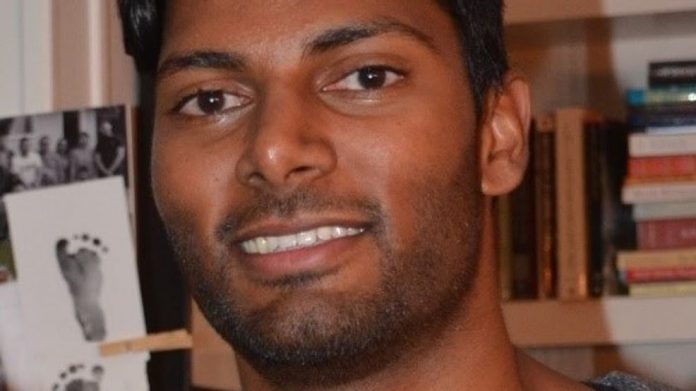 Moonesing, Rajan On Nov. 15, he was shot to death outside his home on South 3rd Street near Oltorf shortly after midnight.

Austin police released body camera video, Ring camera video, and the 911 call from an officer-involved shooting in South Austin that killed a man.

“He almost seems scared of something inside his house,” said the 911 caller. “…approached me earlier today saying he saw two suspicious people earlier,” the caller says later in the call.

Moonesinghe is seen with a rifle outside his house in a ring video. “You want this?” he says, pointing to his house. He fires a shot at his house a few seconds later, and a police car arrives. He fires once more.

An officer appears. He yells “drop the gun!” and fires several shots. Moonesinghe can be heard saying in the Ring video, “it wasn’t me.”

“Show us your hands, do it now,” the officer orders. “It wasn’t me,” Moonesinghe says again.

The other officers on the scene meet with the officer before moving forward to assist Moonesinghe. He died later in a hospital.

When officers arrived at the scene, the suspect was firing a rifle at a home near South 3rd Street and Oltorf, according to investigators. According to APD policy, the officer who shot the suspect is now on administrative leave.

Family members expressed their grief over his death. Keith Ranga, his uncle, spoke to FOX 7 from California.

“I just want everyone to know that this child is completely innocent. So down to earth and gentle “He stated. “I can hardly believe he’s gone. I can’t believe it happened. He was shot for no reason.”

Ranga describes Moonesinghe as the youngest of three brothers and a good person.

“We’ve never heard anything negative or arrogant about him. They are very well-mannered children. This is completely unnecessary. We’re all frozen, you know, in a state of shock. What occurred? “He stated. “This is completely absurd. This is terrifying. And I believe that anyone in positions of power must be more responsible, because every human being is not a bad person just because they carry a gun and come out or whatever, you know?”

“I had the opportunity to view the police and security footage of my brother’s final moments yesterday. As difficult as it was, it was a critical step toward discovering the truth about the events leading up to his murder by police on November 15, 2022. Raj never threatened the officers, and he had no idea they were there, according to the video. I’d encourage everyone to watch the videos that were released today and form their own opinions. Thank goodness Raj had his Ring security camera on his porch because the police would have continued to lie about what happened that night if it hadn’t been for it.

After watching the video, it is clear that the officer who shot Raj did so without identifying himself, without hesitation, and without giving my brother the opportunity to explain who he was and why he was outside. Instead, he arrived without any flashing lights or sirens, pulled out an assault rifle, took a defensive position 25 yards away behind a fence, and murdered my brother. He started firing before completing his command to ‘drop your gun,’ and continued to fire once Raj had dropped his gun and raised his hands. According to the security footage, Raj had no idea the police officer was there. ‘It wasn’t me,’ he said as he lay on the ground.

Instead of bringing Raj to justice, the Austin Police Department is attempting to cover up what happened. The security footage released today is an edited version that intentionally excludes Raj’s one-minute interaction with his neighbor, in which he told her there was someone in his house and yelled into his home, ‘I’m calling the police, get out of my house.’

It defies comprehension that the police acted in this manner. The cops recognized him as the homeowner concerned about an intruder. They shot first and then asked questions. As an Austinite, I’m appalled that these are the people tasked with protecting our city.

Raj was a caring son who financially supported our parents and was a co-founder of a very successful tech company that we relocated to Austin in 2018. We request that the City and the District Attorney do their jobs and hold the officer accountable. Otherwise, these senseless shootings will continue, resulting in more innocent people being shot and killed by Austin police officers.”