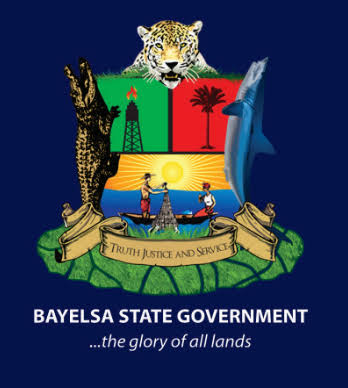 The State Government has paid one and half-month salaries and allowance arrears from its portion of the refunds as agreed after a meeting with the various Labour unions.

You will recall that an earlier tranche of N6.6 Billion was received by the State Government, from the sum, the Councils were due a total of N580Million out of which N300Million had been previously utilised by the Councils. This brings the aggregate sum standing to the credit of the Councils in respect of the said refund to N1.199Billion.

We need not be reminded that the payment of salaries of Council staff and Primary school staff are not the responsibility of the State Government as enshrined in the 4th schedule paragraph 2a of the 1999 constitution of the Federal Republic of Nigeria as amended.

Nonetheless, the Restoration Government of His Excellency, Hon. Henry Seriake Dickson will continue to take the welfare of the Councils workers with all seriousness. Secured in this knowledge, government engaged organised Labour with respect to Local Government Workers and there was an agreement for the payment of one month salary and allowances.

The balance of N1.199Billion due to the Local Governments being inadequate for the salaries, government therefore had to contribute an additional sum through the Ministry of Local Government to augment the payment to its workers.

The Hon. Commissioner for Finance, Hon. Maxwell Ebibai on behalf of the Restoration Government wish to reaffirm the unwavering commitment of Government to systematically address the lingering salary arrears due workers.

However, the attention of all critical stakeholders and good people of Bayelsa State is being drawn to the fact that until the fundamental issues bedevilling our Local Government system are addressed frontally, the Councils will be unable to pay salaries and deliver on their core mandate of bringing development nearer to the grassroots.

The honourable Commissioner for Finance therefore enjoins the good people of Bayelsa State to continue to support the well thought-out innovative policies and programmes of the Restoration Government.

This Government is irrevocably committed to the development and welfare of its citizens, this is our social contract and we are duty bound to uphold it.