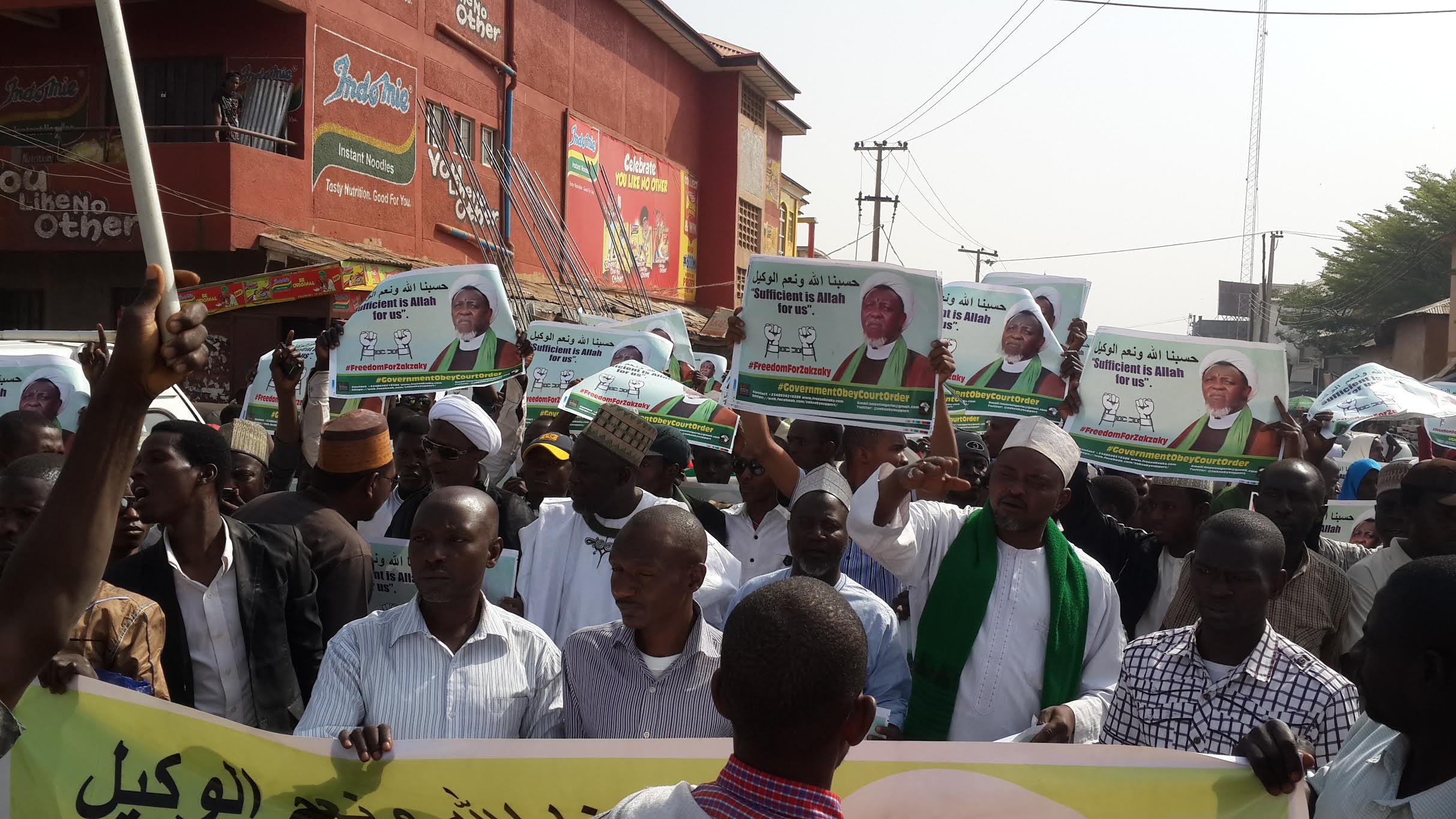 Members of the Islamic Movement in Nigeria have today staged a national peaceful protest in Kaduna calling on the Acting President Prof Yemi Osinbajo to obey court order and release their leader. carrying posters of Sheikh Ibraheem Zakzaky with inscriptions freeZakzaky on them, members of the movement concluded their protest with a speech by Sheikh Qasim Umar. he called on the acting preident to set a good precedence by obeying court order in his position as a professor and a SAN.
find attached the press release given to the public and pictures of the protest.

If we say the Islamic Movement in Nigeria is the most oppressed community in recent Nigerian history, it is not an overstatement. Please consider the following facts: Within 48 hours the Nigerian army massacred over 1000 unarmed civilians in Zaria in December, 2015. Where in the annals of Nigerian history has such a tragedy taken place, without the leadership of the country battling an eyelid of concern? 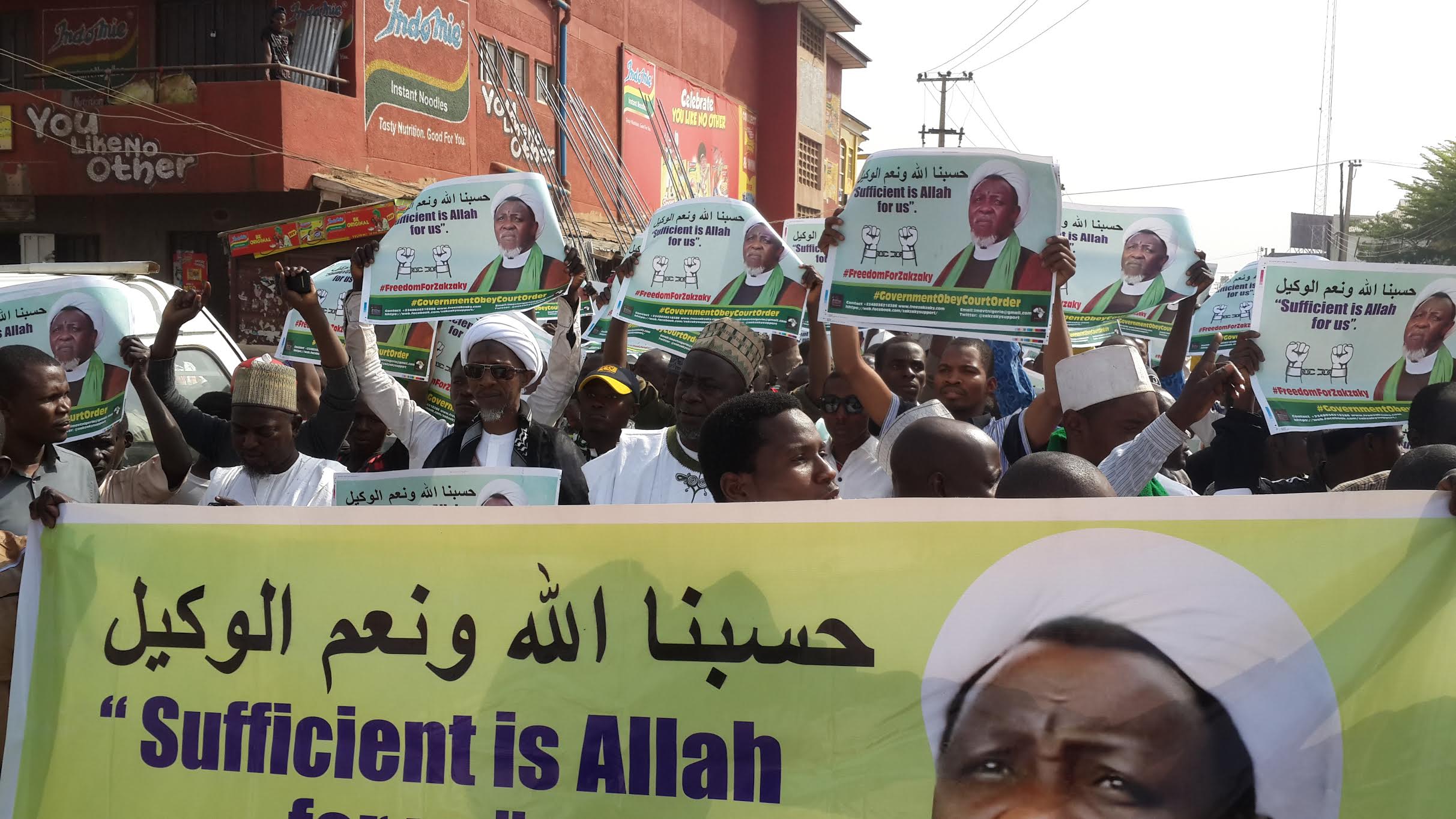 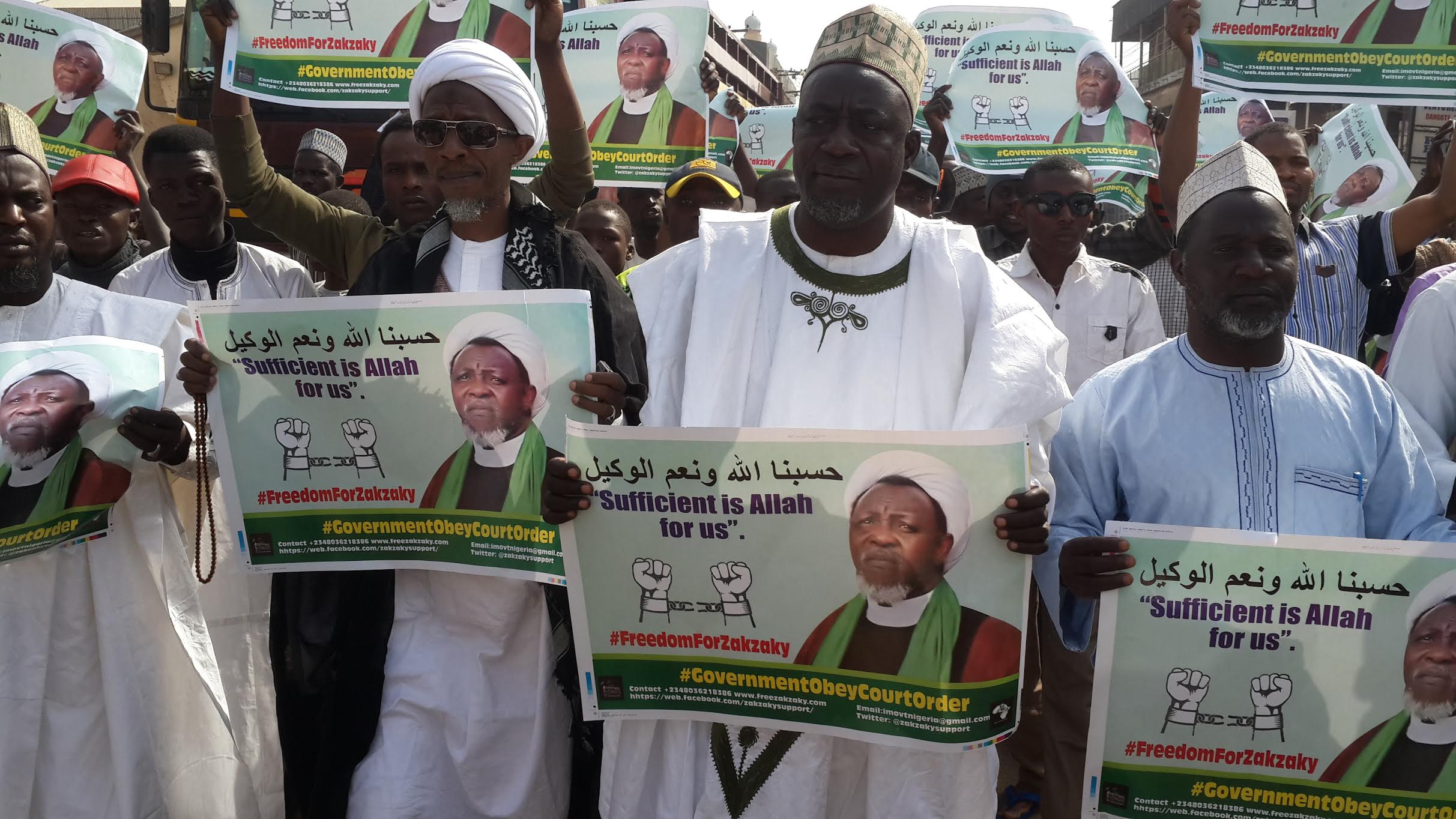 To date, over 200 members of the Islamic Movement are known to be languishing in jail, some with various degrees of gunshots, yet the perpetrators of the violence against them are moving about freely as if nothing untoward has happened. And there are some hundreds still believed to be in secret detention centres of the security services, since they have gone missing after the Zaria massacre.

Not only that, he Kaduna Sate Governor has the temerity to even declare that the Islamic Movement in Nigeria as an unlawful society, after all the constitutional rights of freedom of assembly and freedom of religion and association. Now under such an obnoxious state order dozens are in jail simply because they were arrested in a black attire, allegedly worn only by the Shias.

The most intriguing aspect of the oppression visited upon us is the continued detention of our leader, Sheikh Ibraheem Zakzaky and his wife, even after a Federal High Court order to release them. Where in the world is a democratic government contemptuous of its courts if not the present administration in Nigeria?

The above reasons and many more that space will not allow us to mention will definitely make us pour on to the streets peacefully to demand for justice. This is our right, and nobody will deny us this right. We call on the general public and the international community to bear witness to this calamitous oppression against us as a community. Zaria massacre and its after effects in other states can’t be pushed under the carpet, because there are many thousands living witnesses to it.

We therefore will like to draw the attention of the present acting President to the court order on the release of Sheikh Zakzaky and his wife. As a Professor of law, we hope he will use his good office to terminate the flagrant disregard to the court order displayed by the ailing President.
Abdulhamid Bello
09/02/17 (11/05/38)