The only surviving son of Sheikh Ibraheem Zakzaky, Muhammad, has petitioned the Legal Practitioners’ Privileges Committee and the Nigerian Bar Association (NBA) over the “gross misconduct” displayed by the Attorney-General of the Federation and Minister of justice, Malami Abubakar SAN for failing in his duty to enforce the judgment of the Federal High Court, Abuja that ordered the release of his parents.

Muhammad, called on the legal bodies to apply appropriate sanctions and punitive measures against the AGF for disobeying an order of the court, while being additionally a Senior Advocate of Nigeria (SAN). “I fervently call upon the Nigerian Bar Association/Legal Practitioners’ Privileges Committee to enforce and uphold any punitive measures against the AGF, being the Chief law Officer of the Federation and a Senior Advocate of Nigeria, through withdrawals of privileges otherwise due to him for gross misconduct displayed by him, and to urgently act to secure the enforcement of the rights of Sheikh Ibraheem Zakzaky and Malama Zeenat Ibraheem Zakzaky” he said. 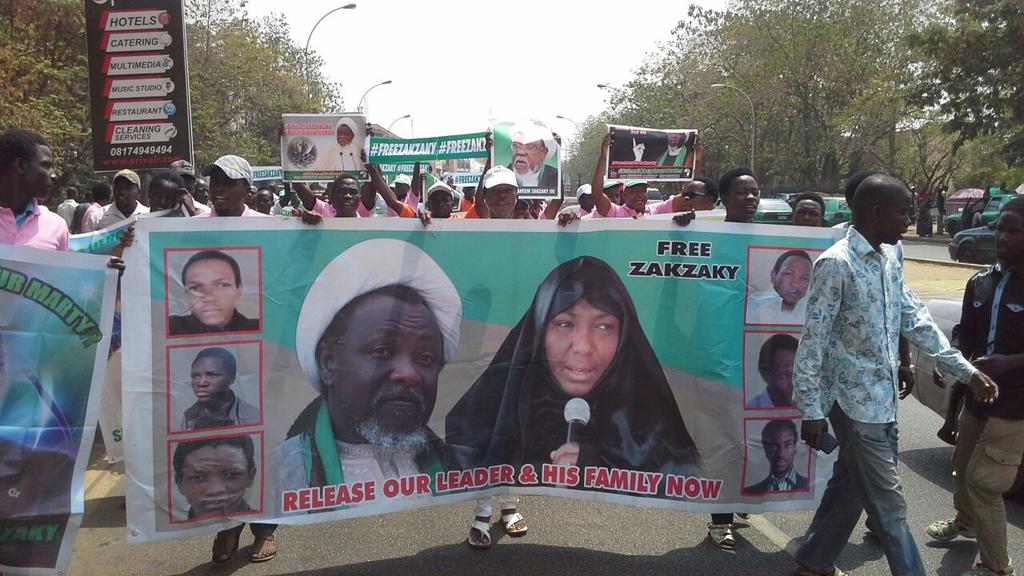 The two separate petitions were both dated 28th February 2017 and titled, “Request to enforce and uphold punitive measures against the Attorney General of the Federation and Minister of Justice, being also a Senior Advocate of Nigeria, for the gross misconduct displayed by him.”

He described Nigeria as being under international treaty obligations to ensure that fundamental rights of all citizens are guaranteed and protected. He specifically mentioned that the government is under international treaty obligations to ensure compliance with all relevant provisions of the African Charter on Human and People’s Rights. He insisted that the government is a democracy that should be ruled by the Constitution and the rule of law.

Muhammad further narrated that his parents had approach the Federal High Court to seek for the enforcement of their fundamental rights to life, personal liberty, dignity of the human person, right to private and family life and private property pursuant to sections 33, 34, 35, 36, 37, 40, 41 and 46(1) & (2) of the constitution of the Federal Republic Of Nigeria, 1999 (as amended) and articles 4, 5, 6, 11 and 12(1) of the African Charter on Human and People’s Rights (ratification and enforcement) act lfn 2010 and order 11, order xi and xii of the fundamental rights (enforcement procedure) rules, 2009.

He explained to both the NBA and the Legal Practitioners’ Privileges Committee that the Federal High Court in Abuja had given judgment in their favour and consequently ordered for their release. The IMN leader’s son said that rather than comply with the ruling, the AGF and Minister of Justice, who is also a Senior Advocate of Nigeria (SAN), has continued to illegally detain his parents, an action he described as “gross misconduct,” being contrary to an order of a court of competent jurisdiction and in contradiction to the Constitution of the Federal Republic of Nigeria.