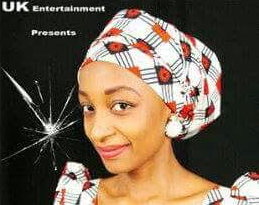 It was in 2013, She was standing there, waiting to feature in her first film, Rahma Sadau was looking passionate as sterilized by the lining on her face, though, looking as hausa will say  “a tsorace” which accomodate how haggard she looks, the inferiority of her dressing, her emotional and psychological trending and many other criteria that defined the concept.Though, nevertheless, Rahma was looking more like she is ready for the challanges ahead, she seem ready and good to go.

As i stood there some few steps from her, i was consciously analyzing her every move, she seemed waiting for the arrival of someone, this is just an opportunity for me to study her and acquire first hand information on who she could be, what could be her motivation? what are her intentions ? what she can, and she cannot do? and many other hypothesis i housed in the dungeon of my heart. 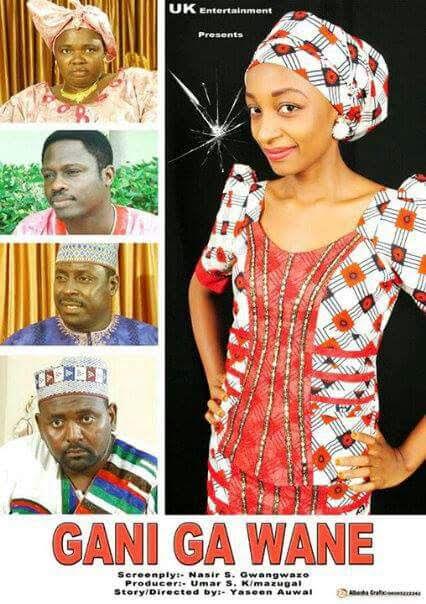 I was there that day on an invitation, i was subsequently made a one day assistant producer to my friend Umar Kofar Mazugal who was the producer of the film ‘Gani Ga Wane’ and from which i got a fuel of 5000 naira for my car, as said by Umar “for your services” but my only service there was to look on for three hours, getting knowledge on every subject is my passion, i only left the scene for my other business commitments hours later.

I was not a professional film maker, i was just there on the invitation of the executive producer of the film, my humble friend Kabiru Habibu Kyauta  popularly called ‘manager’ whom we still share boundry, living in the same residential area, and the film was made under the UK Entertaiment and directed by Yasin Auwal who had to call me on the phone when he heard i was coming to the shooting area, requesting me to buy and bring along a pregnancy test kit, as they have to make use of it in one of the scene to taste if whether or not Rahma Sadau was got pregnant by Ali Nuhu.

As we stood there, the lead actor bust into the hotel’s gate used for the shooting of the film scenes. The hotel situated at Bompai road was suitable since it provided the quite serenity required for an excellent shooting of a film. Ali Nuhu came inn looking refreshing and young, he seemed confident and full of expectations, he packed closed to where we stood, as he align the car, he came directly to us where we sat together with both the producer, the Director and the executive producer.

From the way things looked on his face, Ali Nuhu was agitated, he harbors meeting someone, he seemed in a hurry to check inside the hotel. The shooting will soon start, as he was told by the Director Yasin Auwal. Ali Nuhu went into the hotel but few minutes later, he came out in company of Rahma Sadau. He was not holding her hand but they looked enjoying their each others company.

What astonished me was the language they used in their conversation, they were not speaking Hausa, neither were they speaking English, they were speaking Indian, but amateur Indian language. They stood close to me within the hotel reception door but from the outside. As my curiosity grew, i directed my sense of hearing to ambush their conversation, though, i couldn’t understand the amateur Indian language they spoke, but i understand the mixed language they used, since they normally add Hausa or English words as they spoke.

From the onset, i knew Rahma Sadau is going, she is a gunner, she was passionate about Indian films, culture and their actors and actresses, she loved to be an actress, the occasional assurances from Ali Nuhu motivates her resolve, she smiled all the time Ali Nuhu encourages her, she seemed very comfortable with Ali’s company, she looked made up and looked not going to look back.

The recent brouhaha about Rahma Sadau’s recently publicly opposed actions was in line with what i saw that day,  it is not surprising the position taken by Rahma Sadau, from what i saw that day, Rahma will at any time choose America against her people wish, she will choose materialism against her religion, she will abandon her culture to be famous.

But what the heck! there is this issue of equality, Rahma as a woman is seen as having equal opportunity to participate in all endeavor, but this school of thought have not consider other factors that are considered and regarded in hausa Muslim societies, a woman must be under a man’s protection, she is better in her husband house, that is why many feels for Rahma, that is why many believed she is a gunner, because the film industry do not allow full God’s worship, it is only convertible with satan worship, that is what many of the people i discussed with believed.

Rahma Sadau is now in America trying to grab the opportunity, for James Hardly chase said “Grab at every opportunity for it may be too late to wait ” the choice remains her’s. Many people now believed  Rahma is now inn between good and evil, and within the cultural and religious circle she is regarded as an outcast.
.
Comrade Alhassan Haruna Dambatta.
[email protected]