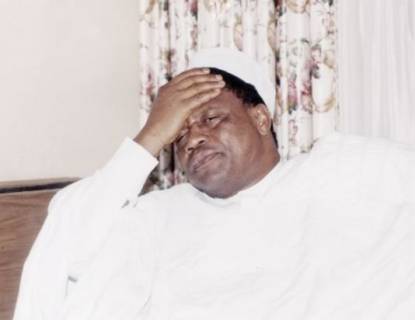 Any student of history who has encountered the legendary South African figure called Shaka Zulu knows you either hate him or love him.

In a life filled with brutality and deception, Shaka killed his half-brother in order to become king.  In the fullness of time, he was also similarly killed by his half-brothers to bring to an end the bloodiest era in the history of his people.

As king and warrior, Shaka was so ruthless he killed more of his own people than others did.  A man who seemed to love the smell of blood, he killed men and women and children, sometimes in the most casual and cruel of ways.

For instance, he killed men who were short because he thought they would be a liability in battle.  Declaring a year-long mourning at his mother’s passing, he killed during that period any woman who was found to be pregnant, and for good measure, her husband.  He even executed any cows which gave birth, so their calves could experience the pain of being without a mother.

In 1985, soon after General Ibrahim Bademosi Babangida (IBB) became Nigeria’s leader, I was in a newspaper delegation which interviewed him in Lagos.  At the end of the fairly routine visit, someone asked him who his military hero was.

That was 31 years ago, but I still remember how quickly my blood froze.  The interview was a lie, I thought, reflecting on how different it could have been had that final question been much earlier.

Nonetheless, you do not write off a man simply because he loves someone you loathe.  I rationalized that the Nigeria leader could accomplish some of the things Shaka did, using methods that were humane and elevating.

Babangida was in power for eight years, during which he positioned and advertised himself as a historic figure.  He turned out to be one, but not in the sense he wants the world to believe.  Today, he is remembered for two things.

The first is that in 1993, when all of his talk would have produced a new, democratically-elected president in what was Nigeria’s best election up until then, he summarily nullified the process.  By that action, he sent Nigeria down a path from which it has yet to recover, remorselessly placing himself first.  Shaka.

IBB was no stranger to shooting his own friends.  During his reign, for instance, he sent to the firing squad General Mamman Vatsa; while the election he nullified was won by Moshood Abiola.  Those were two men he dined and drank with: one was shot in the front, the other, in the back. Shaka.

The second thing IBB is best remembered for is that his was by far the most corrupt government in Nigeria’s history.  He became the gold standard if there is such a thing, of corruption in governance.   It was so bad under him that the culture of “settlement” was established.

Under IBB’s so-called National Economic and Reconstruction Fund, round-tripping was the order of the day: you obtained a huge “loan” with which you could buy foreign exchange at the cheap official rate, which you sold for an immense profit on the black market.  [You could then pay off your loan, if you wished, the same day!]

IBB himself was reputed to have amassed a lot of wealth.  In 2005, the New York Daily News put him on a short list of former world leaders who stole billions of dollars but had yet to be brought to justice.

Despite all of that, and reflecting the emptiness of our national values, he was rewarded with the Grand Commander of the Federal Republic award, the second time by the government of Olusegun Obasanjo in 2005.

The irony is that in 1994, one year after Babangida scampered out of office, Obasanjo could see him very well, describing him during a conference in the following words, among others: “…After successfully undoing his military colleagues with the acquiescence of the non-military, General Babangida came out in his true colours, demonstrating again and again that he is a master of intrigues, mismanagement, corruption, manipulation, deceit, settlement, cover-up and self-promotion at the expense of almost everybody else and everything else…Babangida is the main architect of the state in which (Nigeria) finds itself today…”

Nonetheless, with the Obasanjo Years winding down, and with no apologies for the grand sabotage of his leadership as a military leader, IBB declared he would be president again in 2007.  His ‘Vision 2007’ National Secretary, Professor Abdullai Michael, quoted IBB as telling him: “Go [to] work. We shall occupy Aso Rock in 2007.  All my past mistakes I have slept over them and will correct them in 2007.”

Mercifully, IBB discovered in good time he did not stand a chance and gave up that goose chase.  He has maintained a less boisterous profile since then, his wife dying in the United States a few years ago.

Here we are in 2016, and IBB, in poor health, was last week widely rumored to have died.  He gathered a group of reporters at his so-called Hilltop Mansion last weekend to dispel those rumors.

He told them: “It doesn’t shock me, neither does it bother me because I know I must go and meet God my Creator one day…”

Knowing he would be quoted, he couldn’t resist the temptation to attempt one more of the dribbles that had him nicknamed “Maradona” after the Argentine star.  “I strongly believe in this country, which is further demonstrated by the people of this great nation because they are very industrious people, hardworking. This gives me hope for Nigeria.”

It is these kinds of platitudes that have made Nigeria the laughing stock she is.  IBB’s “optimism” is 30 years late; he should have invested it in the country when he had charge of her.  If a Nigerian leader believes his people to be industrious and hardworking, that is his clue to respect them, and to grant the fertilizers they need to bloom.

Instead, we often have leaders who flourish in betrayal.  That is why Nigeria lacks statesmen.

Go to any country and you will find Nigerians scrambling for the crumbs of opportunities their homeland has denied them.  Go anywhere in the country and you meet people of great capacity who have been diminished by compromising leadership.

That includes you, IBB, perhaps particularly you. By appearing to be reconciling your account with God, however, perhaps you now understand how ephemeral power and wealth are when selfishly acquired and dubiously deployed.

But all is not lost.  If you truly believe in Nigeria, do something unprecedented and set an example for other former leaders.  Give back half your wealth.  Return what is not yours and encourage those who acquired so much under you to do the same.  Build schools all over the North to enhance education.  Build a first class hospital for women in every state in honour of your wife.   Endow a chair in every public university for the best graduating students.

Every culture, every religion, and every age celebrate penance.  When you do go, General, leave Nigerians with strong memories of a truly contrite leader.