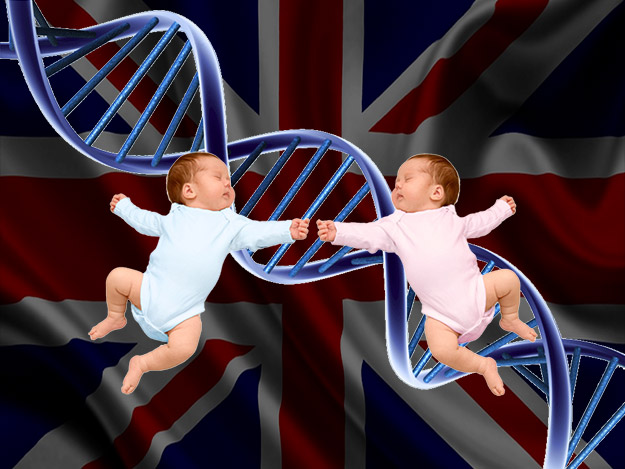 All of the eight major studies conducted on identical twins in the United States, Scandinavia and Australia over the last 20 years have pointed to the same result:  Homosexuals are not born gay.

Identical twins share the same genes and DNA. They were exposed to the same prenatal conditions. Accordingly , if homosexuality depended on genetic causes or prenatal conditions; in the cases where one of the twins was gay, the other would have to be  gay as well.

Having worked with the New Zealand government for 24 years and the United Nations for four years, having published over 10,000 scientific articles and studies, and having been researching whether homosexuality is genetic or not for 20 years, Neil Whitehead says “Nobody is born homosexual,” and states that no gene for homosexuality  was found when the full genome scan was done.  In addition, the idea that homosexuality can result from a genetic mutation is completely contrary to genetic knowledge.  One has to be completely unfamiliar with  genetics to claim that a mutation in a single gene may be sufficient to change a critical trait such as sex. First of all, mutations are destructive; therefore, it does not have the power to change an attribute to a completely different one.  A gene that is exposed to mutation will definitely suffer degeneration. Moreover, many genes (from a minimum of five to hundreds) must play a part in modifying the human behavior. Therefore, such a comprehensive alteration must occur in more than one gene, which is impossible. Such a change will severely damage human genetic information, which can result in serious genetic diseases, even death.

In this study, other assertions attempting to present this perversion as reasonable, such as “there is a link between homosexuality and exposure to prenatal hormones, and the pre-natal immune attack on the male brain” have also been examined, but after 20 years of study, it has been noted that no evidence has been found to support these claims.1

In another study, it was found that there was no difference between homosexual men and normal men in terms of estrogen or testosterone levels. Dr. William Byne and Dr. Bruce Parsons from Colombia University have also examined the claim that homosexuality is genetic and has come to the same conclusion with Whitehead.  Byne and Parsons, who published the results of their work in the General Psychiatric Archives, wrote:

There is no evidence at present to substantiate a biologic theory… The appeal of current biologic explanations for sexual orientation may derive more from dissatisfaction with the present status of psychosocial explanations than from a substantiating body of experimental data.”3Further intense propaganda about homosexuality is the claim that homosexuals cannot help but continue this perversion, that they are born this way, and that they are unable to control all change it.

Investigating this claim, Professor of Psychiatry Dr. Robert Spitzer from Colombia University, has interviewed more than 200 people and stated that a vast majority of these people have expressed their desire to quit homosexuality and continue their lives heterosexually after receiving psychological counseling.4

So then, why is the propaganda “there is no other choice but to continue these deviant experiences of these people” being persistently carried on with?

In an article featured in the New York Times on September 1st, 1991, Natalie Angier exposes the true purpose of this propaganda as follows:

“If homosexuality is considered a biological occurrence rather than a choice or preference and accepted as legitimate, it will no longer be possible to ban these individuals from military service, to deny them entry to a residential facility or to prohibit them from working as teachers.” 5

Thus, homosexuals will participate in every part of the society, homosexuality will not be seen as a shameful – or further as an “unlawful” – act, and it will be easier to spread this perversion among the society in this way. It will be possible to accelerate societal degeneration and as is known, a society that has lost its spiritual and moral values will be quicker to collapse. It is clear that the collapsed societies will always serve interests of the British Deep State and its dajjalic extensions. It should also be remembered here that all forms of popular unlawful deeds and the practices that will degenerate  society has been spread far and wide  by the British Deep State.

In order to impede this insidious plan, through scientific evidence, it is essential to obviate false scientific explanations intended to make homosexuality look reasonable.

Homosexuality is not genetic

All of these studies came to the following conclusion: Homosexuality is not genetic.   The claim that homosexuality is genetic is nothing but an effort to justify the deviant behavior of these individuals in the public eye.

And Lot, when he said to his people, “Do you commit an obscenity not perpetrated before you by anyone in all the worlds? You come with lust to men instead of women.  You are indeed a depraved people.’ (Surah al-A’raf, 80-81)

Both children and adults must be very careful about this ;  today, children face the danger of being given up for adoption to  parents who lead such immoral lives. When they are exposed from an early age to such an environmenta , they too are at risk of being dragged into this immorality. This is why children absolutely should not be entrusted with people who lead such an immoral, perverted life and who will set an improper model.  The fact that a 9-year-old transgender child is featured on the cover of the December issue of  National Geographic magazine indicates the gravity of the situation.

It should not be forgotten that the British Deep State is a dark structure that supports all kinds of perversions. This is the actual reason behind their support for  LGBT activities. They provide all sorts of political, social and financial support to make this vile deed, one that was rendered unlawful by God, widespread throughout the  world. And its real intention in doing so is its desire to establish the dominance of the system of dajjal over the world.

However, the fact this dark organization is forgetting is that the era we are in is the era of Hazrat Mahdi’s (as) appearance. As our Prophet (saas) informs in the hadiths, the dajjal is doomed to failure in the face of Mahdi’s (as) rational and erudite scientific struggle strategies:

“A group of 314 people, among whom there are also women, will swear allegiance to Hazrat Mahdi, and every tyrant who faces him will suffer defeat.” (Al-Qawl al-Mukhtasar fi `Alamat al-Mahdi al-Muntazar, Hadith number 27)

As our Prophet (saas) states in the hadith, every tyrant (every dajjal supporter) will certainly be ideologically defeated before Mahdi (as). This is the Sunnah of God. In the Qur’an, our Almighty Lord heralds  the following:

“Truth has come and falsehood has vanished. Falsehood is always bound to vanish.” (Surah al-Isra’, 81)