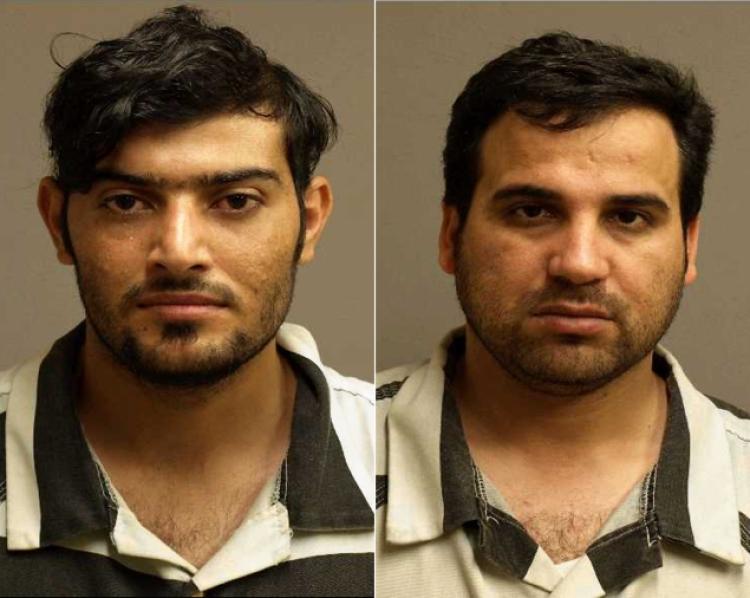 This ABC news video from 2013 exposes how desperate and phony CNN and other mainstream fake news media are.

After two Iraqi refugees in Kentucky were found to have killed American soldiers in Iraq and continuing to participate in missions they assumed were sending weapons to Iraq to fight US soldiers, the Obama administration quietly suspended the refugee program for 6 months to figure out how to properly vet the refugees. The suspension was to allow database checks of biometrics of all refugees with Iraq terror databases.

Here is part of the story from ABC news, November 2013

Several dozen suspected terrorist bombmakers, including some believed to have targeted American troops, may have mistakenly been allowed to move to the United States as war refugees, according to FBI agents investigating the remnants of roadside bombs recovered from Iraq and Afghanistan.

The discovery in 2009 of two al Qaeda-Iraq terrorists living as refugees in Bowling Green, Kentucky — who later admitted in court that they’d attacked U.S. soldiers in Iraq — prompted the bureau to assign hundreds of specialists to an around-the-clock effort aimed at checking its archive of 100,000 improvised explosive devices collected in the war zones, known as IEDs, for other suspected terrorists’ fingerprints.

“We are currently supporting dozens of current counter-terrorism investigations like that,” FBI Agent Gregory Carl, director of the Terrorist Explosive Device Analytical Center (TEDAC), said in an ABC News interview to be broadcast tonight on ABC News’ “World News with Diane Sawyer” and “Nightline”.

“I wouldn’t be surprised if there were many more than that,” said House Committee on Homeland Security Chairman Michael McCaul. “And these are trained terrorists in the art of bombmaking that are inside the United States; and quite frankly, from a homeland security perspective, that really concerns me.”

As a result of the Kentucky case, the State Department stopped processing Iraq refugees for six months in 2011, federal officials told ABC News – even for many who had heroically helped U.S. forces as interpreters and intelligence assets. One Iraqi who had aided American troops was assassinated before his refugee application could be processed, because of the immigration delays, two U.S. officials said. In 2011, fewer than 10,000 Iraqis were resettled as refugees in the U.S., half the number from the year before, State Department statistics show.

Suspect in Kentucky Discovered to Have Insurgent Past

An intelligence tip initially led the FBI to Waad Ramadan Alwan, 32, in 2009. The Iraqi had claimed to be a refugee who faced persecution back home — a story that shattered when the FBI found his fingerprints on a cordless phone base that U.S. soldiers dug up in a gravel pile south of Bayji, Iraq on Sept. 1, 2005. The phone base had been wired to unexploded bombs buried in a nearby road.

An ABC News investigation of the flawed U.S. refugee screening system, which was overhauled two years ago, showed that Alwan was mistakenly allowed into the U.S. and resettled in the leafy southern town of Bowling Green, Kentucky, a city of 60,000 which is home to Western Kentucky University and near the Army’s Fort Knox and Fort Campbell. Alwan and another Iraqi refugee, Mohanad Shareef Hammadi, 26, were resettled in Bowling Green even though both had been detained during the war by Iraqi authorities, according to federal prosecutors.

Most of the more than 70,000 Iraqi war refugees in the U.S. are law-abiding immigrants eager to start a new life in America, state and federal officials say.

But the FBI discovered that Alwan had been arrested in Kirkuk, Iraq, in 2006 and confessed on video made of his interrogation then that he was an insurgent, according to the U.S. military and FBI, which obtained the tape a year into their Kentucky probe. In 2007, Alwan went through a border crossing to Syria and his fingerprints were entered into a biometric database maintained by U.S. military intelligence in Iraq, a Directorate of National Intelligence official said. Another U.S. official insisted that fingerprints of Iraqis were routinely collected and that Alwan’s fingerprint file was not associated with the insurgency.

“How do they get into our community?”

In 2009 Alwan applied as a refugee and was allowed to move to Bowling Green, where he quit a job he briefly held and moved into public housing on Gordon Ave., across the street from a school bus stop, and collected public assistance payouts, federal officials told ABC News. Read full here