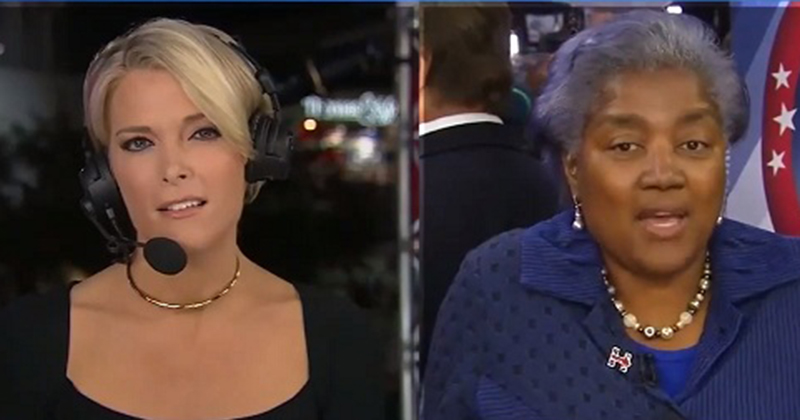 Donna Brazile refused to explain how she got a CNN debate question in advance and instead went on a rant about she’s facing “persecution” as a “Christian woman.”

Emails shared by Wikileaks exposed how Brazile quietly forwarded Hillary Clinton a debate question which was word for word identical to one asked during a CNN/TV One town hall debate with Bernie Sanders back in March.

Brazile insisted that she did not receive the question from CNN, but Kelly pressed her and noted that she must have gotten it from somewhere if she had the exact wording. From there, things got hot pretty fast:

“As a Christian woman, I understand persecution. Your information is false… Podesta’s emails were stolen. You’re so interested in talking about stolen material, you’re like a thief that wants to bring into the night the things that you found in the gutter.”

Kelly pressed Brazile further on her source while noting that even CNN’s Jake Tapper condemned the leak. Brazile responded by saying she wouldn’t “validate falsified information,” and that Wikileaks might have added doctored emails into the messages they illegally lifted.

Donald Trump shared the video on Facebook after the debate, writing: “It’s in the emails! Someone WAS unethically helping #CrookedHillary’s campaign! She got the question VERBATIM!”

I’m sure it’s just a coincidence.