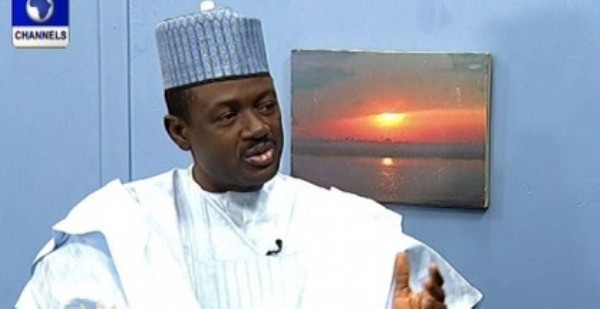 I plead your forgiveness if you find the absence of the lengthy protocol usually observed when addressing honourables disrespectful; I have not been able to get used to them, so please permit me to cut straight to the chase.

I read a statement dated 17th April, 2014 and credited to you; a statement in defence of the president attending a PDP rally in Kano to among other things (may be specially) welcome Alhaji Ibrahim Shekarau into the comfort of the umbrella, barely a day after several lives were lost and several more injured in his Abuja backyard, courtesy a bomb blast. The statement quotes you as saying the president’s appearance at the rally was “a loud statement that terrorism will not stop the administration of this COUNTRY” (emphasis mine). This is good, it is a good message to send save for one tiny but vital issue; the president was NOT in Kano to administer the country. Thus the President sent the right message but chose very wrong “words”. You are (or may be were) a journalist and importantly as Minister of Information, I believe you know that there are right and wrong words when it comes to relaying messages.

Dr Goodluck Ebele Jonathan GCFR, the President and Commander-in-Chief of the Armed Forces of the Federal Republic of Nigeria was elected by the Nigerian people to lead other elected and appointed individuals in attending to the affairs and governance of the NATION. I have searched (since reading your words) for at least a sentence in our Constitution or Acts of National Assembly suggesting, however remotely, that welcoming decampees into any party or attending a party rally is an official function of government in general or a function of the office of the President of the Federal Republic in particular; so far I think Nigerian job applicants have more hope! Consequently Sir, I am at a loss (as I guess many others are) how you managed to arrive at the conclusion that attending the rally by the president was a symbolic message to terrorists that their acts of terror cannot stop the administration of the country. Except if by country you meant PDP, because what he went to do concerned ONLY the PDP and NOT the nation.

Honourable Minister Sir, in as much as letting terrorists know their activities are incapable of crippling governance, I am forced to disagree with you in the case at hand. To this end, I join my tiny voice with that of many other well meaning Nigerians in saying the president erred. The president was wrong when he chose the rally to send that message because the said rally is not an event that fits into the mould of governance of the nation. Outright cancellation of that rally would not have amounted to putting governance on hold.

Indubitably Honourable Minister, there is a hint of confusion that needs to be cleared. That confusion is the thinking that since PDP rules at the centre, any of its activities automatically acquires the status of governance and hence an activity of national importance. There is a clear distinction between PDP and the Federal Government of Nigeria, even though the latter is controlled by people who happen to be members of the former. Your argument in defence of the president seems to suggest you too have lost this distinction or have made a deliberate decision to ignore it.

Suppose the president was in Kano to commission a Kano-Lagos speed train, or perform the foundation laying stone for a 200MW wind powered electricity generating plant, or commission a dam meant to boost dry season farming through irrigation, or inspect work on a 1000-unit 2-bedrooms flat housing project for civil servants, or commission a textile factory, leather factory etc capable of employing directly 20,000 Nigerians and many others indirectly then your argument would be LOGICALLY correct (not necessarily morally correct) because putting off these activities would amount to putting governance on hold, stagnating the nation. However, he was not in the Centre of Commerce to do any of these; rather, he was there for a gathering of who-is-who in PDP to celebrate the addition of an ingredient considered potent to its political concoction. He was there to exercise his right to freedom of association as guaranteed by the Constitution. It was a PDP affair not even remotely connected to the office to which Nigerians elected him. I doubt very much if Nigerians elected him to be an other-parties-to-PDP decampees receptionist.

Honourable Minister Sir, I would plead with you to take a deep breath and consider these; supposing the president (God forbid) was a victim of that blast, would it be proper for Arc Mohammed Namadi Sambo GCON (the next in line) to make a loud statement to terrorists “the administration of the country can’t be stopped” by going to welcome Alhaji Shekarau in a grand celebration, the type we witnessed? How does it sound in your ears, or look in your eyes? What if it was one of you ministers that fell victim or one of the members of the PDP NWC or NEC? Would there have been an occasion that calls for this defence you just offered? The answer is pretty clear and simple, isn’t it?

I believe in all of the above hypothetical cases, the Kano event would have been postponed indefinitely as a mark of honour, probably 3-7 days mourning with flags flying at half mast. Nobody would have thought of or considered sending a loud message to terrorists by throwing a big welcome party to a decampee. The reason is simple, a big shot, a stakeholder of the Nigerian nation is involved. However, the Nyanya blast caught no big shot or stakeholder (only pain-holders) so it was convenient to send a loud message. Like one of you said when students were massacred in Yobe, it is a serious issue we should not trivialise it with talking about mourning with flags at half mast. But I understand, if flags were to fly at half mast over such incidences, it may not fly at full mast in a very long while.

Mr Minister, I would like to say as I conclude that since the President Dr Goodluck Ebele Jonathan GCFR was not on a state visit, he could not have sent a state message through the visit. It follows therefore that your argument his going to Kano was “a loud statement that terrorism will not stop the administration of this country” is flawed and cannot be sustained. So it still stands that the President went on a PDP celebration when victims of the blast were still groaning in pain, and the bereaved still rolling on the ground in tears; that to me is called being insensitive, uncaring, aloof, bloodless, cold-hearted, feelingless, heartless, unconcerned, unfeeling, unkind etc. Those are adjectives no president would want in convergence with their names.

Thank you for you time Sir.

I am a fellow and concerned citizen,