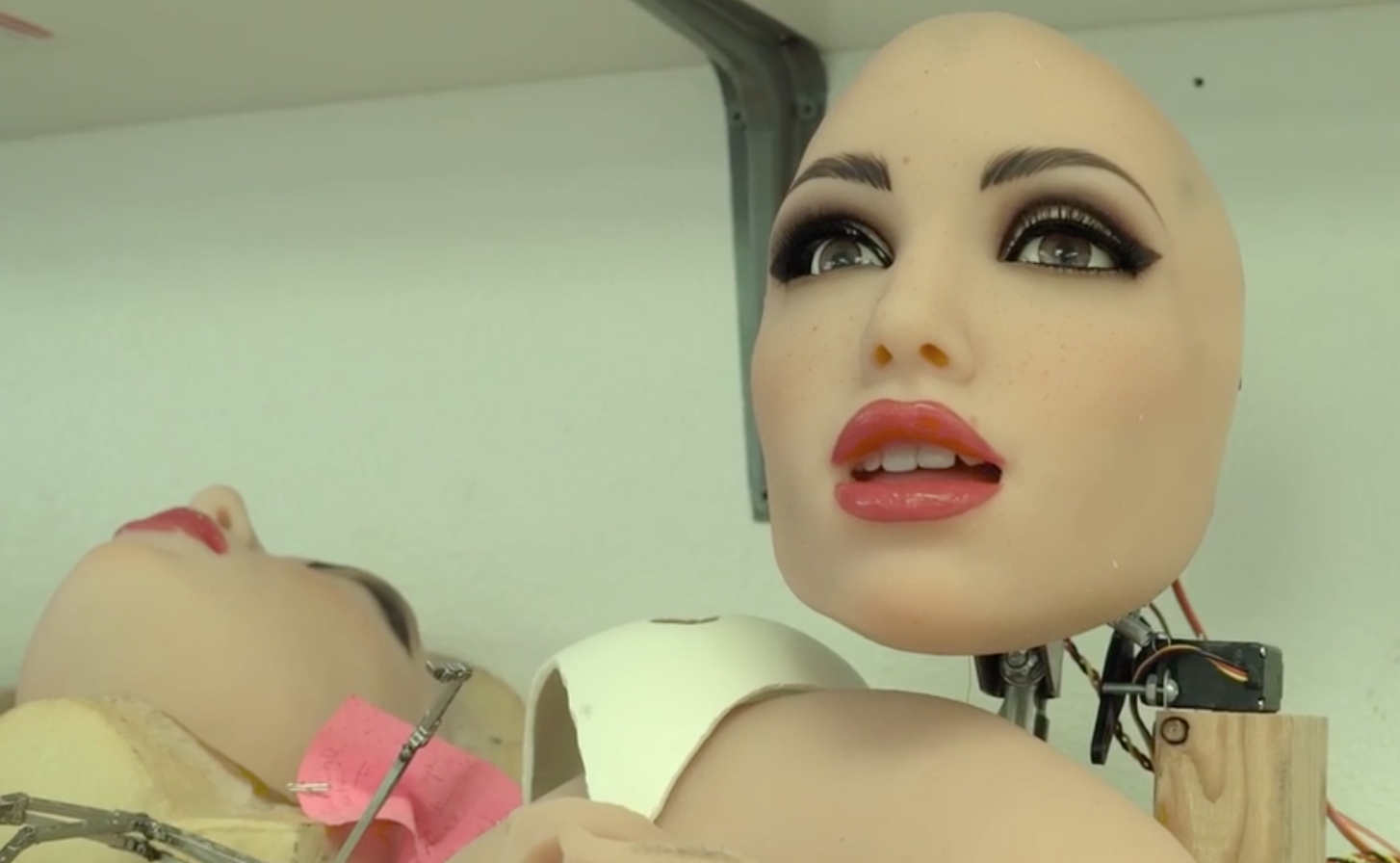 Woman could be swapping human partners for robots in less than 10 years as the trend for sex with cyborgs continues to increase.

Sex with robots isn’t exactly new though – and there are already a wide range of mechanical partners for humans out there.

Footage, shared by Super Deluxe , was filmed in the Real Doll factory, and throws new light on the industry standard sex toys.

Thanks to new developments, the pleasure aids have undergone a renaissance recently, with more than ever turning to them in lieu of human company when they have intimate thoughts.

There is also the perhaps aptly named Vibratating K**b Gobbler – and then there is robo-penis Shockspot – which is described as the “Rolls Royce of f**k machines.”

But Dr Pearson claims in his report that robot sex may become so popular that it will overtake human intercourse – and will be fully-fledged by 2050.

In the report, commissioned by Bondara, Dr Pearson claims: “A lot of people will still have reservations about sex with robots at first but gradually as they get used to them, as the AI (artificial intelligence) and mechanical behaviour and their feel improves, and they start to become friends with strong emotional bonds, that squeamishness will gradually evaporate.”

But the report also claims people may also fall in love with these machines – which is referred to as Robophilia.

Many people have voiced concerns over this growing trend fearing the robots could soon replace human interaction.