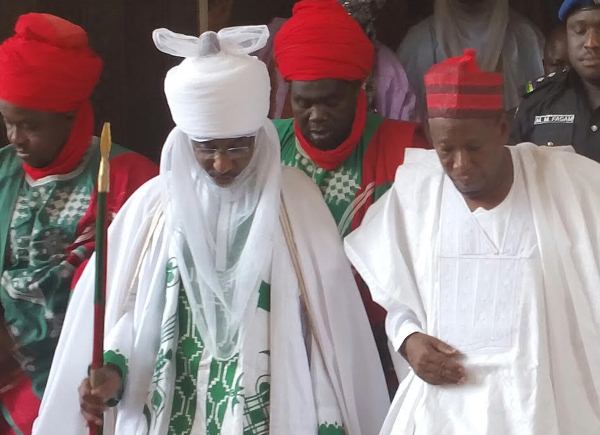 Muhammad Sanusi II, emir of Kano, says he will not be discouraged as an advocate of change despite “resistance from the society”.

According to Daily Trust, Sanusi said this in Kano when Mohammed Fall, the new country representative of UNICEF, visited him on Thursday.

He said that change is always faced with resistance in any part of the world and not only in Nigeria.

But he insisted he won’t be deterred “because the change is meant for the betterment of the society”.

“Change is always difficult in any society; not only in Kano or in Nigeria but the world at large,” he said.

“Once, you want to bring change, especially that, which has to do with the old tradition, it always meets with resistance from the society.

“I’m very aware of this, but that will never discourage me in my drive towards change. I know that there are a lot of people in the society that really understand what I’m driving at.

“I’m therefore calling on everybody; the Ulama, the contractors, the students, the youth leaders, Muslims, especially you, the UNICEF, to come and rally round me as I am ready to pursue this agenda to a logical conclusion. I know I will succeed because the change is meant for the betterment of the society.”

Sanusi has been in the eye of the storm as a result of his comments and stance on prevalent issues in the society, particularly in northern Nigeria.

Recently, the Kano state house of assembly set up a panel to investigate his alleged mismanagement of N4 billion inherited from Ado Bayero, his predecessor.

The probe was however suspended following the “intervention” of prominent Nigerians, including Acting President Yemi Osinbajo.