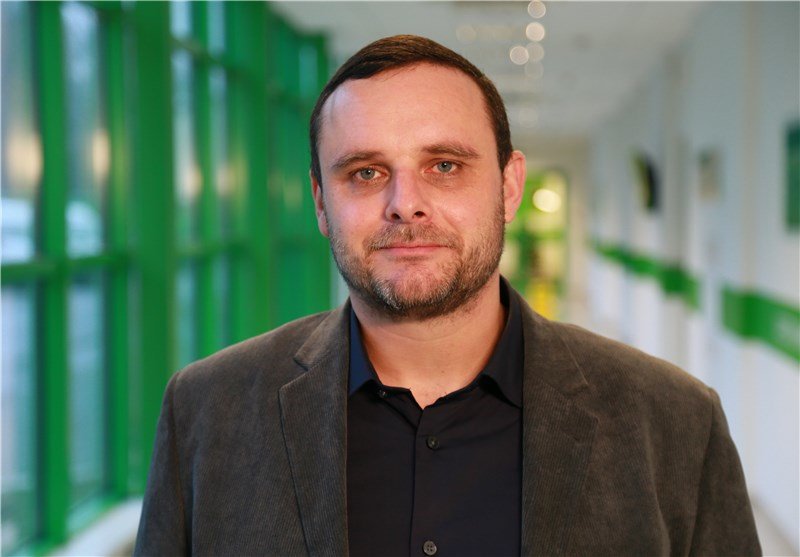 “The Al Saud regime is not only committing war crimes in Yemen and is not just oppressing their own population; it is also one of the most dangerous factories for nurturing terrorists in Syria and killing civilians in Yemen. It has also infiltrated the European continent with Wahhabi centers and terrorists. The petrodollars and Euros going to Riyadh are directly invested in the infiltration of Europe,” Manuel Ochsenreiter, the director of German Center for Eurasian Studies, told Tasnim on Wednesday.

Following is the full text of the interview.

Q: The Saudi-led coalition has been launching deadly airstrikes against the Houthi Ansarullah movement for two years in an attempt to restore power to the fugitive former President Abd Rabbuh Mansour Hadi, a close ally of Riyadh. Some 11,000 Yemenis, including thousands of women and children, have lost their lives in the deadly military campaign. Why has the international community remained passive in the face of the ongoing Saudi crimes?

Ochsenreiter: Saudi Arabia´s regime is one of the most important business partners of the West and, unfortunately, the “international community” is still a type of camouflage term for “the Western countries” such as US and Europe. That community generally turns a blind eye towards the crimes of their business partners. That doesn´t necessarily mean that Western leaders are totally happy with the Al Saud regime. The philosophy is: “They may be bastards, but at least they are our bastards”.

But the alliance between the West and Saudi Arabia is a very dangerous one – for the West. The Al Saud regime is not only committing war crimes in Yemen and is not just oppressing their own population; it is also one of the most dangerous factories for nurturing terrorists in Syria and killing civilians in Yemen. It has also infiltrated the European continent with Wahhabi centers and terrorists. The petrodollars and Euros going to Riyadh are directly invested in the infiltration of Europe.

When it comes to Yemen, we shouldn´t forget as well: Saudi Arabia has a very powerful lobby in the West. Yemen´s civilians do not. In the war of information, the Yemeni victims do not have a voice to be heard in Western parliaments. In my opinion, most German, French, Italian and British MPs do not even know about the situation in Yemen. But they know perfectly about the business opportunities with Riyadh.

Q: Certain western countries are continuously claiming that they are champions of human rights. However, it seems that they are pursuing double standard policies on Saudi Arabia’s atrocities. On March 10, 2017, the administration of US President Donald Trump approved the resumption of weapons sales to Saudi Arabia which critics have linked to Riyadh’s killing of civilians in Yemen. The $1.15 billion deal was previously blocked by former President Barack Obama after Saudi warplanes targeted a funeral hall in Yemen killing scores of civilians, provoking international outcry. How do you see the role of the US in the regime’s aggression against the impoverished Arab country?

Ochsenreiter: Saudi Arabia is a geopolitical proxy of the Western governments in the region. If Washington and Brussels would not agree and support Riyadh´s politics, those crimes would not happen. Right now, Western leadership uses Saudi Arabia as a geopolitical bulldozer in Yemen – a country with a very interesting geographical position and a very politically-vivid Shiite minority which is seen as a geopolitical danger because of the support by the Islamic Republic of Iran. And exactly this is the decisive point: Yemen is in the eyes of Western leaders a proxy battle ground against Tehran. Bombarding Yemen serves the sake of pushing back “Iranian influence”.

Maybe some Western governments might see in Riyadh the “useful idiot” for the West – but they will wake up one day and notice that they are the useful idiots for Saudi Arabia.

Q: Since the start of its war on Yemen, the Saudi regime has failed to reach its objectives. In 2015, the kingdom had a record budget deficit of almost $100 billion, prompting it to rein in public spending in a bid to save money. Why is the regime continuing its heinous attacks on the Arab country despite its failures and cash-strapped economy?

Ochsenreiter: If Washington, Brussels and Tel Aviv would tell Riyadh to do so, Saudi Arabia would immediately stop the aggression. Right now, Riyadh and the West do not have any interest at all to come to an agreement with the revolutionaries in Yemen because it would mean: Giving them at least a part of power, some influence. For now, Riyadh and the West push for a total defeat of their opponents, for an unconditional surrender. They are even ready to erase them totally – as the Saudi atrocities prove every day.