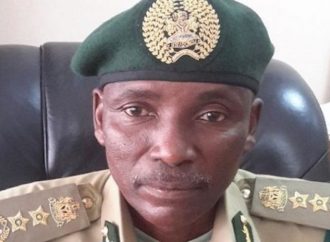 . Ja’afaru Ahmed, the new Comptroller-General (CG) of the Nigerian Prisons Service (NPS), was involved in age fabrication. Mr. Ahmed, who was appointed by President Muhammadu Buhari in May as successor to Dr. Peter Ekpendu, was an Assistant Comptroller-General the NPS headquarters in Abuja.

According to NPS documents in the possession of SaharaReporters, Mr. Ahmed joined the service on 30 November 1985, at the age of 28. He was posted to the administrative unit at the NPS headquarters.

NPS sources disclosed to SaharaReporters that the age falsification was encouraged by retired General Abdulrahman Bello Dambazzau, the Minister of the Interior, who wanted Mr. Ahmed to become the GG of the NPS and spent some time on the post before he retires. The implication of the falsification is that Mr. Ahmed has fraudulently gained two extra years in service.