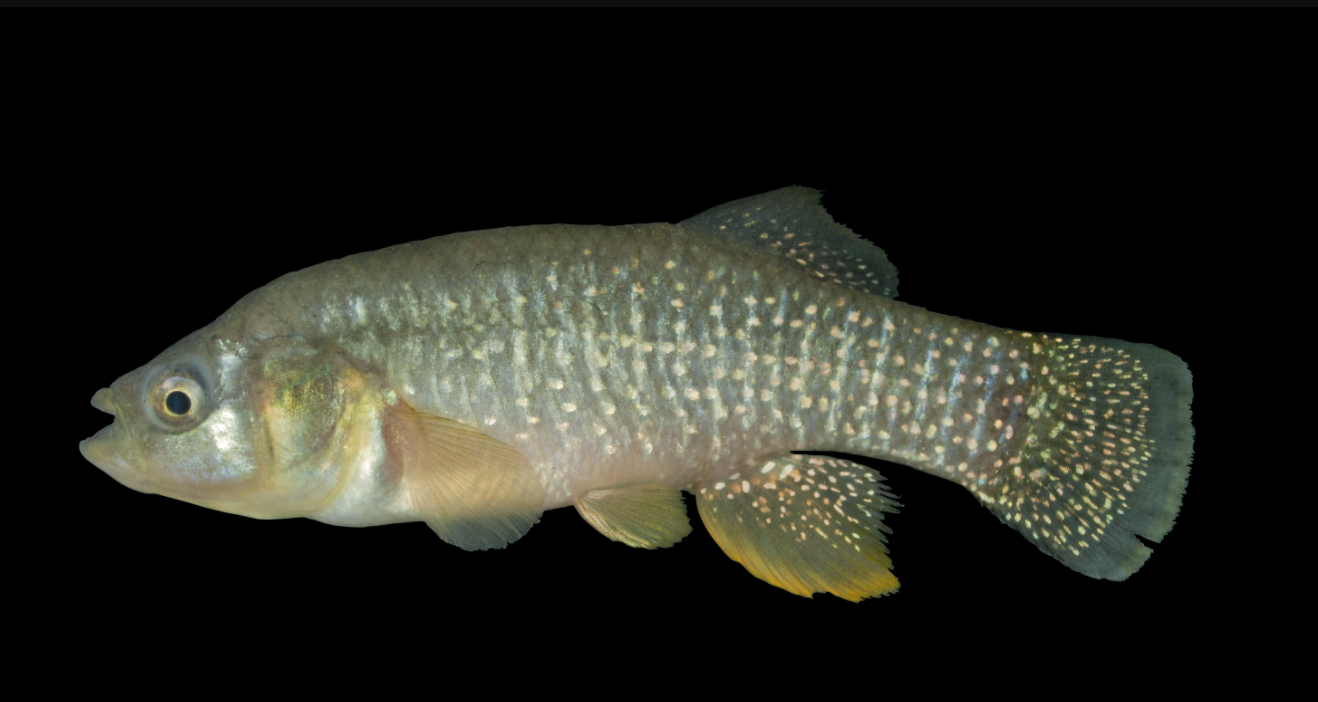 An article published in the Science Magazine on December 8, 2016 was presented as a so-called proof of evolution. This article claims that some populations of killifish (Fundulus heteroclitus) living in the northeastern coasts of the US have adapted to the severe pollution, which was the result of toxic wastes (aromatic hydrocarbons) mixing with seawater due to recent increases in industrialization, presumably through the process of evolution.  Again, it is alleged that this so-called evolutionary process developed rapidly and was repeated independently in different regions and produced the same results. Obviously in light of scientific facts, these claims of an evolutionary process have no grounds.

The killifish were collected from eight locations along the 300 km coastline adjacent to the city of New York. The fish were paired in two populations: sensitive and tolerant to toxins. In these pairings, the distance between the specimens was as short as a few kilometers. In the article, it is suggested that tolerance to aryl hydrocarbon receptor-based (AHR) signaling pathways were rendered ineffective and caused this tolerance. As part of this claim, the Atlantic killifish supposedly lived in a location that was quite convenient to adapt to this fast and lethal change through a so-called process of evolution.

Now let’s respond to the inconsistencies and false conclusions in this article.

As we have mentioned above, the fish samples are taken only from a very small range: In fact, the locations where the presumed sensitive and tolerant fish populations are said to be living are very close to each other. It is not possible for two killifish groups that live so close together to be isolated from each other. Fish that live in one area can be found in the other area after a while. Since they are not isolated, the sampled fish are but individuals of the same species that manifest different physical characteristics (phenotypes). This also demonstrates that the study was conducted erroneously right from the start. In fact, no matter where the samples are taken from which part of the world, the results will not change. Each individual killifish carries all the characteristics of the species but different individuals may have different phenotypes. These physical expressions can also lead to lethal outcomes in a variety of difficult situations.

We can explain this with the following example. Every year millions of people catch the flu, which is an infection. A small proportion of these people lose their lives while most get through the disease alive. The reason some people die is due to the weaknesses stemming from their immune system or other factors.  However, in general, those who remain alive or die due to the disease all have the same DNA structure. The human genome has the same structure in all human beings. The resulting difference is caused by phenotypes, which is, in turn, caused by the expression of the genes. The offspring of those ones who lived on after the disease may also be infected with the same virus. The situation is similar with the killifish; it doesn’t mean that those tolerant to toxins are superior to those that are genetically sensitive.

One of the claims in the article is that the AHR signaling pathways supposedly differs between sensitive and tolerant fish. While the AHR function is reduced in tolerant fish, it continues at normal levels in the sensitive ones. There is absolutely no evolutionary mechanism at work here. All killifish have AHR genes; the difference stems from the regulation of these genes. The important point here is that the AHR signaling pathways are also responsible for the continuation of many vital cellular activities. The immune system, cell division and hypoxia alarm are among these functions. While providing resistance against toxicants, these vital functions should also be regulated in equilibrium. Since the obstruction of AHR pathways would result in the failure of other vital functions and eventually death, it needs to be adjusted precisely. A conscious entity is imperative in achieving this.

The basic assertion of evolutionists is that new features are being added to living organisms as a result of coincidental mutations, which occur in long periods of time. In this sense, to prove the allegations of evolution, it should be demonstrated that living beings have developed from simple to complex organisms. However, throughout the years, no evidence has been found to prove that life emerged through such small changes over the years. For such development to occur there should have been numerous intermediary forms between the initial state and the final state of living organisms but there is not even one intermediary form among the more than 700 million fossils discovered up until this day. Any member of a species appears on the fossil records as complete organisms, bearing every trait of that species, and maintains its existence along with its characteristics for millions of years.  If the natural surroundings were not suitable for the persistence of that species, it would die out and become extinct, otherwise continue to exist up to our day.

Feeling compelled to explain every biological phenomenon with so-called claims of evolution, evolutionists tend to explain any finding that is against their claims with the same prejudice. This allows us to notice once again the ideological grounds of evolutionary ideas, as these are not scientific at all. A person, who sees that life  emerged instantaneously, should also accept that there is no such thing as evolution, and living beings have come into existence through Creation. However, in face of this truth, evolutionists try to account for the existence of a living being with terms like “evolutionary leap, spontaneous generation.” These definitions are completely contradictory to the basic rationale of evolution, as we mentioned at the beginning. These are hollow terms and they never explain through which mechanism the life emerged because they can’t. Evolutionary theory has no mechanism it can resort to, since life is created.

Another fictitious term is “repeated evolution”. Again, according to the allegations of evolution, if two living beings share a common feature, they must have come from a so-called common ancestor. However, there are numerous examples that contradict this. A similar evolutionist definition used is “convergent evolution” which makes the groundless claim that living beings with different features manifest a common feature over time. By defending that living beings diversified from a common origin over time (divergent), while at the same time defending a “convergent” structure, evolution in fact refutes itself. For example, Richard Dawkins says that the eye went through 40 independent evolutions. A theory, which cannot explain how a complex system such as the eye and vision formed as a result of coincidences, claims that such impossibility has been repeated 40 times. This only leads evolutionary claims to a deeper dead end for the theory. There is only one explanation for the fact that a magnificent system like vision appeared on different living organisms and at 40 different times; Creation. In fact, there is no “divergent” or “convergent” development; there is even not single evidence found which proves that living beings underwent a change over time. Evolutionists, as a requirement of their ideology, sink to dodging this fact by saying it is “repeated evolution.”

If we are to examine this article; it is another logical error to claim that the adaptation of killifish to the pollution, which arose in the last short 30-40 years in the New York region is indicated as a “rapid and repetitive evolution”. The adjustment here is an example of adaptation, not evolution. The living being has encountered an environment that enables it to use a feature that it already genetically possesses. When faced with pollution, if these fish do not have the physical ability to cope with this difficult situation they will die, or otherwise, if they can cope with it, they will sustain their lives.

Adaptation and Variation are not Evidence for Evolution

We frequently come across evolutionist circles’ attempts at utilizing the adaptability to various natural conditions, examples of which we encounter in many living beings, as Darwinist propaganda material. Variation, which means that individuals within a species manifest some minor differences from birth, is not caused by changes in the DNA, but from differences in working speed of existing genes. For example, if the growth hormone over-performs its function, the person will be taller and more burly; if it under-performs, the person will be shorter. If melanin pigment producing cells over-produce, the skin color will be darker; if the pigment production is lacking, the skin color will be lighter. As you can see, DNA structure is the same in all cases. It cannot be considered as an evidence for so-called evolution.

Adaptation, on the other hand, is the ability to adapt to changing natural conditions within the limits allowed by genes. When a white-skinned person is exposed to the sun, skin cells try to protect the skin from harmful sunrays by starting to produce more melanin; thus the skin darkens.  When the sun’s effect is eliminated, the cells return to their old production speed and the skin color lightens. In the same way, the strength of an athlete increases with the increasing amount of protein in muscle cells. In this way, the athlete can lift three or four times more weight than before yet his children will not be born with strong muscles, because his genes have not changed. If the requirements of natural conditions exceed the limits of adaptation of the living beings, the consequence will be death; there is no spare time to wait. If you remove a fish from the sea, it will die after three or four minutes at most if it does not return to the water. No matter how many times you repeat this, it will not adapt to living on land, and the subsequent generations will not have the ability to survive more out of water. To claim that it can develop lungs over time is a ridiculous suggestion that raises a problem with claimer’s mental faculties.

Yet, the ability to adapt is an indication of God’s perfect Creation. Being able to respond to the changing natural conditions via changes in the organism is a proof of the manifestation of God’s wisdom in the cells of that living being. One has to ponder on: Who made the decision to increase the melanin production; moreover, Who possesses the knowledge that Sun has harmful effects on the organism? Or where is that power, which regulates the metabolism of the killifish in accordance to the changing lethal environment in the cell? In a dark environment, rendering some metabolic pathways more active in line with the knowledge of changes in the surroundings, while rendering others less active can only be undertaken under the control of an Intelligent Mind.

Is He Who creates like him who does not create?  So will you not pay heed? If you tried to number God’s blessings, you could never count them.  God is Ever-Forgiving, Most Merciful. (Surat an-Nahl, 17-18)