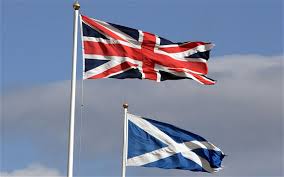 55% of Scottish citizens have voted to remain as part of the United Kingdom in a referendum held today.

The voters’ decision marks the end of weeks of drama as political analysts and politicians jostled over the pros and cons of a Scottish decision to leave the union after 307 years as part of the United Kingdom.

British Prime Minister David Cameron has welcomed the Scottish vote. In a statement issued today he declared “It would have broken my heart to see our United Kingdom come to an end.”

Prime Minister Cameron had previously promised increased self-governance powers and preferential policies to Scotland ahead of the referendum- though the specifics of the arrangement have yet to be announced.

Scotland’s decision to remain within the fold of the United Kingdom was a political defeat for the Scottish First Minister, Alex Salmond, who had launched a vigorous ‘Yes’ Campaign for Scottish independence ahead of the referendum.

Despite the referendum’s outcome, much work lies ahead for leaders of the United Kingdom in addressing the concerns of the 45 percent of Scottish voters who had voted to leave what remains of the British empire.
SR