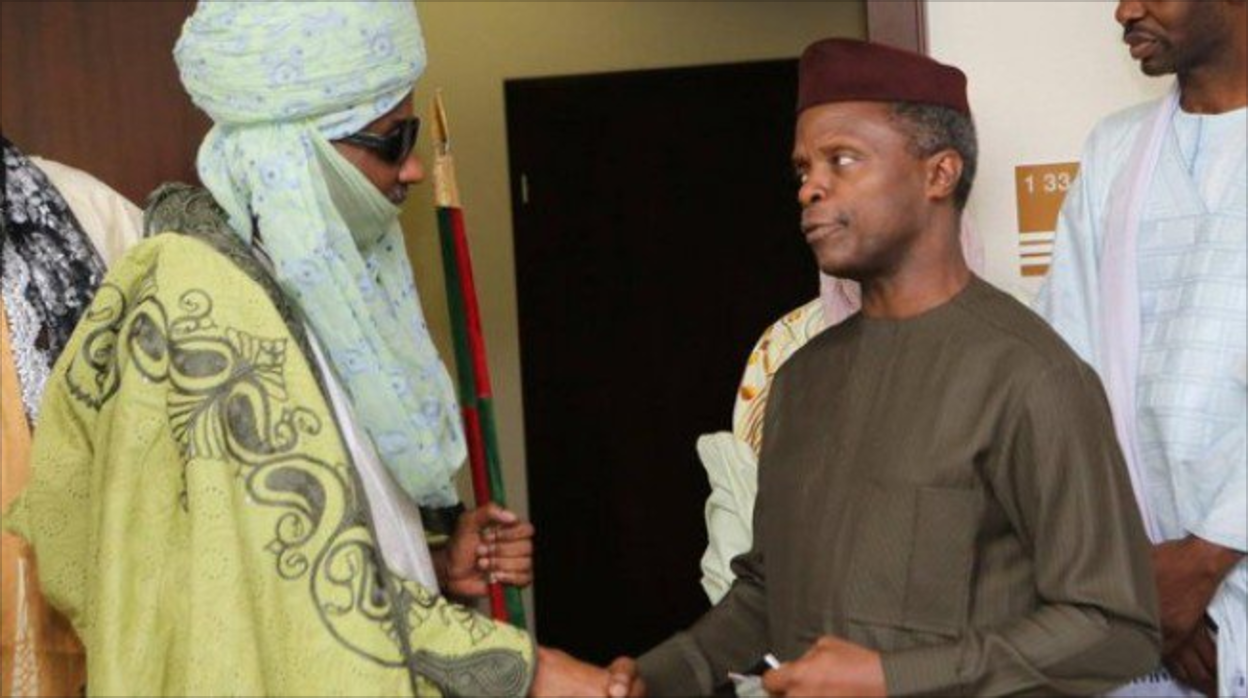 Both men met for two hours at the vice-president’s mini conference room.

When accosted by state house correspondents, Sanusi declined to comment on the outcome of the meeting.

But said the emir was on a ‘Thank You’ visit to the acting president, who recently joined other well-meaning Nigerians to stop the Kano state house of assembly from its investigation of alleged misappropriation of funds and other infractions levelled against the monarch.

The house resolved to drop the probe following a plea through a letter by Abdullahi Ganduje, governor of Kano.

The letter was read by the speaker, Kabiru Rirum, on the floor of the house.

In his letter, Ganduje said he was calling for the investigation to be dropped as a result of interventions by highly-placed personalities in the matter.

According to the letter, the personalities include Osinbajo; party leaders; former military President Ibrahim Babangida; former head of state Abdulsalami Abubakar; Sa’ad Abubakar, sultan of Sokoto; and businessmen and indigenes of the state, Aliko Dangote and Aminu Dantata.