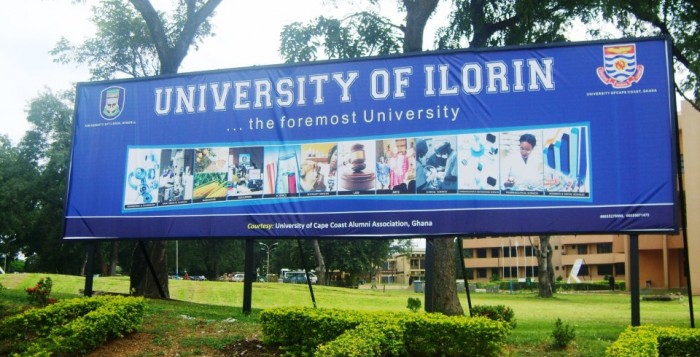 An audio clip of a University of Ilorin lecturer sexually harassing one of his students has led to his resignation.

Allegedly caught in the act, which leaked on social media last week, was Dr. Mohamed Sani Idiagbon, the Head of the Department of English.  His victim, identified only as “Faith” by the Students’ Union President, is said to be a 200 level student of the department.

SaharaReporters has obtained consent from the victim to distribute this audio.

Faith had gone to the perpetrator’s office concerning a Continuous Assessment test she had missed, and the lecturer appears to have seized the opportunity to sexually harass her.

A student of the University who requested anonymity told SaharaReporters that Dr. Idiagbon does his sexual and corrupt acts in collaboration with his colleagues in the department.  In that regard, he mentioned another lecturer nicknamed “Michael Alabi Jackson”, as one of his allies.

That student told SaharaRepoters that if the university promises to protect the female students in the department, several of them will come into the open about Dr. Idiagbon’s track record of sexual harassment.

In a phone interview, the University’s Director of Corporate Affairs, Kunle Akogun, confirmed Dr. Idiagbon resignation after he had been suspended and removed as the head of the English department.

Mr. Akogun told SaharaReporters that Dr. Idiagbon refused to honor an invitation of the Staff Disciplinary Committee before he chose to resign.

He further stated that the university is investigating the matter and will ensure that the lecturer is duly punished if found guilty of the allegations against him.

In his words, “The university frowns against sexual harassment or any other harassment at that. The university is making necessary investigation and once we are done, the culprit will be brought to book.”

The sub-dean of student affairs, Dr. Yussuf, told our reporter that the case was reported to the Students’ Support Centre shortly after the Easter break.

Investigations show that the university failed to take the case seriously until the video went viral on social media, suggesting that the institution is normally negligent in such matters.  Dr. Yussuf assured that Faith will be protected from any form of victimisation.

Close friends of the victim said she has been traumatised since the video went viral.

Student Union President Idris Alao said his union was pleased by the actions of the university management so far and assured that Faith’s studentship is not threatened in any way.

A bill which recommends five years in jail for teachers who engage in sexual relationships with students is currently making its way through the federal legislature.  It provides no option of fine for anyone convicted of the crime.