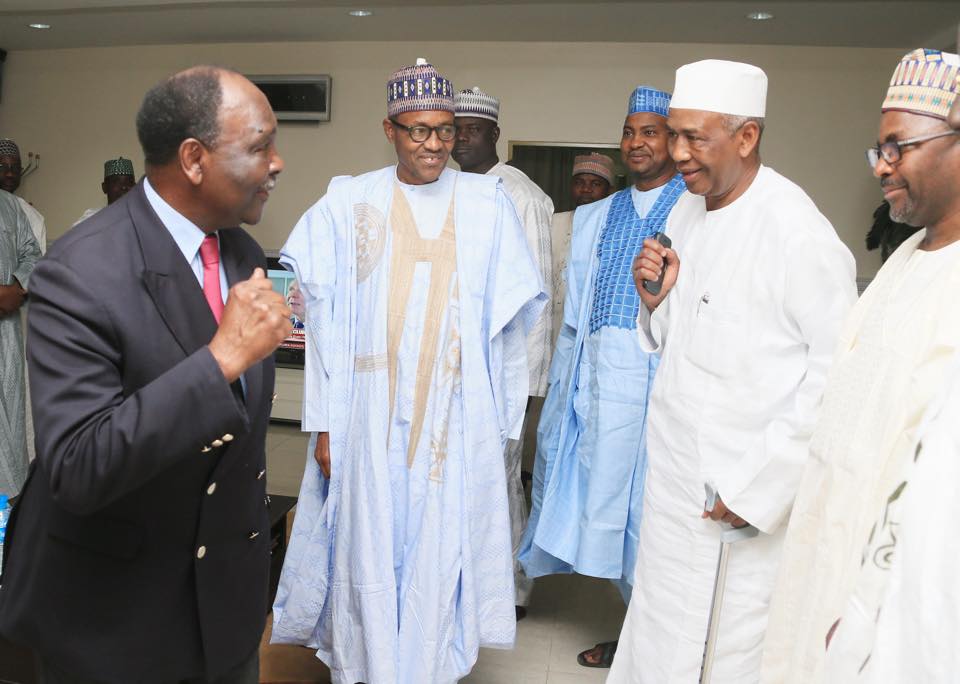 Ever since the Independent National Electoral Commission (INEC) declared General Muhammadu Buhari the winner of the 2015 President Election, 500 or more dignitaries have either visited him at his country home or his temporary residence in Abuja.

Muhammadu Buhari with some visitors

The photographs are there for all to see: dignitaries from around the country and around the world. That’s good, very good! But it is time we see pictures of students, market women, okada-drivers, the disabled, farmers and fishermen and everyday Nigerians visit the in-coming president.

Considering the number of highly-placed visitors the President-elect has received, I suggest that he find time and space to host 50 or more everyday Nigerians. It is a democratic tradition that when you win an election, you invite representatives of your foot soldiers for a “Thank You” chat; or you go visit them to say thank you. In other words, after you win, you meet with your supporters to say “thanks” and there are usually photo-ops, too.

And so I ask: where are the representatives of the youths who spent countless days and nights and resources contributing to General Muhammadu Buhari’s historic victory.  Where are the people who walked the walk, talked the talk and went to the polling stations to get things done? We want to see the President-elect meet with their “representatives.” He should go to them, or invite them!

I repeat: there is nothing wrong with the President-elect meeting with bigwigs. Absolutely nothing! They have a role to play in the growth and development of our country. However, the everyday Nigerians have a greater stake in our collective destiny, in nation-building. When dignitaries begin to throw tantrum because their demands are not met, it is the people – everyday people – that the President would turn to for support and understanding and sacrifice.

In the last couple of days and weeks, we’ve seen and read about how some bigwigs have been positioning and repositioning themselves.  What did they contribute to this epoch-making era?  But now they are joining the victory lap. Frankly, many of the pictures in the public domain elicit concern. Even so, I have trust in the ability of the President-elect (and his inner circle) to distance many of these new-found friends and supporters from the corridors of power.

Nigerians sent several messages to the President-elect. But one is clearer than every other message. And that is that we cannot go back to the old ways of doing things. Buhari He talked about change. He invoked the spirit of change. And the people believed him; they bought into his idea. All I am suggesting is for the President-elect to meet with a cross section of everyday Nigerians. That’s all!