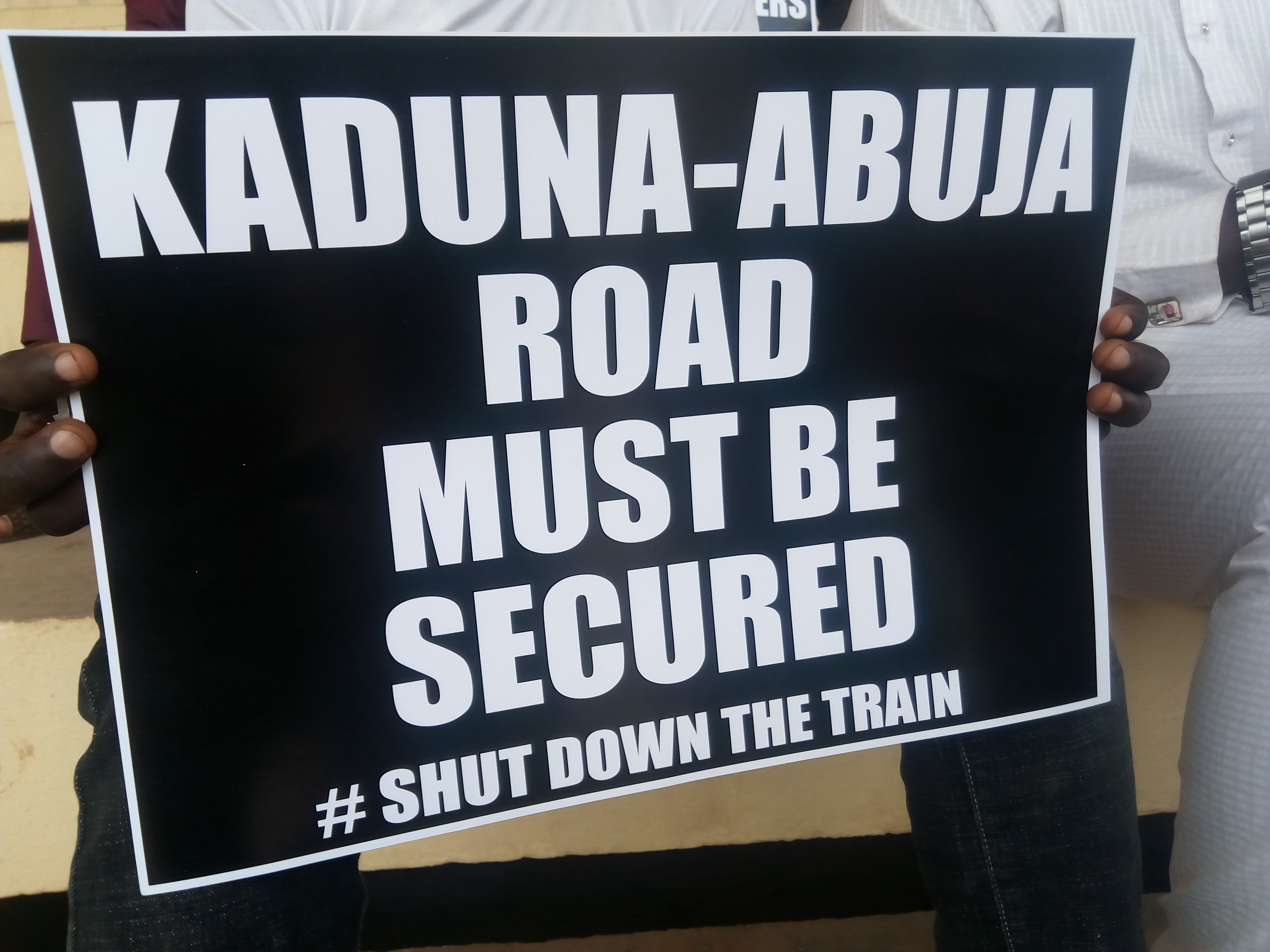 Theme: SHUT DOWN TRAIN SERVICES AND SECURE THE ROAD TO ABUJA.

The alarming level of insecurity in Nigeria is no longer a news to both Nigerians in cities and those in the rural areas. No place to hide has become the order of the day, as criminals had graduated from only blocking highways to trailing people to their homes and kidnapping them. The most frightening of the situation is the non selective style of operations they have adopted in taking in victims. They block the roads randomly and massively move people into the bush and demand ransom from their family members irrespective of their financial status. Most of those who could not meet their demands are killed and set as example to frighten others to comply.

This has consistently happened along the Kaduna – Abuja highway with the aperiodic situational intervention of the security that has turned out to be reactive instead of proactive measures that could ensure a total eradication of the menace.

This ugly situation has led to the massive exodus of people from using the road which is termed “dangerous” to using the train service, even thought it is relatively more expensive. This train service which was initiated to serve the general public (masses) has quickly been turned to an “elites ride” due to its level of security, leaving the poor masses without option but to use the road which is classified as one of the most dangerous roads in Nigeria.

It is heart breaking and a thing of serious concern to see top ranking security personnel up to the rank of General in the Nigerian Army and its equivalent, who are in the best position to fix the insecurity on the road, have resulted to using the train service fearing to be victim of the road. The worst of all, is that tickets for the train now goes to the highest bidder. Top Government officials like Ministers, Senators and head of Agencies and Parastatals have also left the road for the train services. The big question is, for how long would this continue?

Demands:
We call on the Federal Government to:
1) shut down the service of the train for a period not less than 7days to allow every body irrespective of status to use the road. We believe that when all of the top officials use the road, their personal security and convoys would add to the security of the road.
2) relief the service chiefs of their appointment. They have contributed immeasurably to the security of the country over the years but have exhausted their ideas and strategies hence appoint new service chiefs to take up the challenge.
3) avoid policies that have the tendency of adding to the existing hardship Nigerians are undergoing which is arguable largely responsible for the increasing insecurity in the country.
4) failure to shut down the train as advised would force us to do the needful.